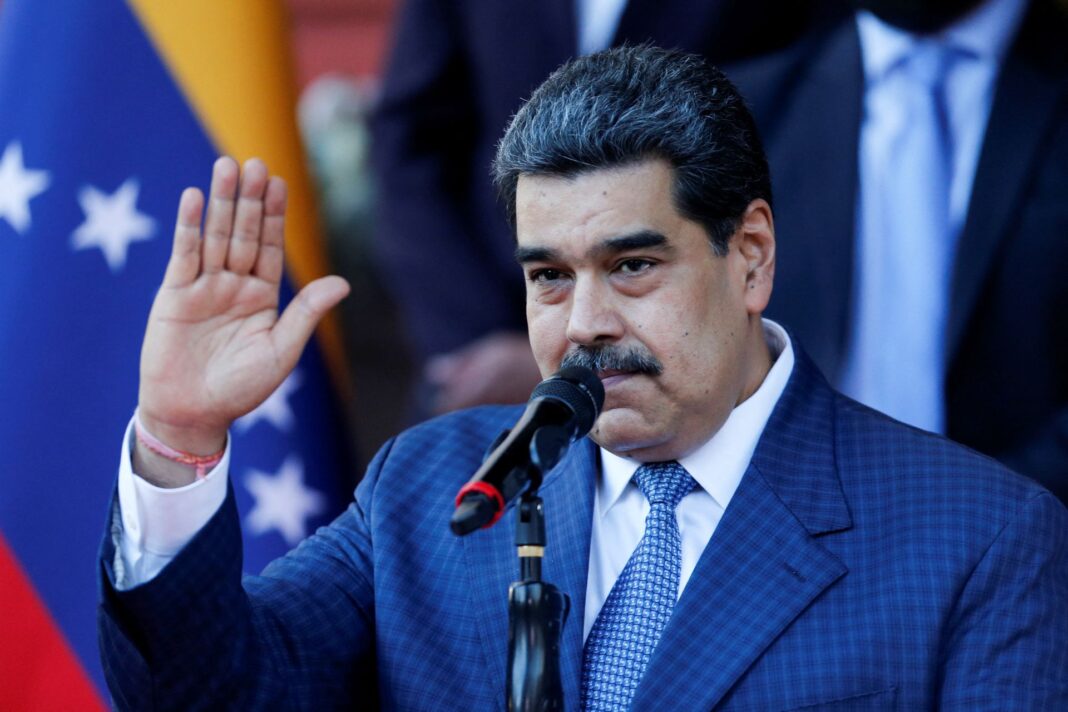 “I am going to Teheran very soon, for a visit that President (Ebrahim) Raisi offered me, so that we meet in person, to hold conversations and sign new agreements … and speed up processes of cooperation,” Maduro stated during an interview with satellite news broadcaster Al Mayadeen in Spanish, which was later broadcast on Venezuelan state television.

Maduro noted he has had two telephone conversations with Iran’s president, adding that they have agreed to work on new plans, without providing details. He also did not give a date for the visit but described the two countries as “fighters”.

Venezuela and Iran have strengthened their ties since last year.

Maduro’s government has received vital equipment for its oil industry from Iran, which in return has received crude and other primary resources from the South American country. Iran has been crucial for Venezuela’s rising oil production in 2021.

In 2022, Venezuela will also look to reactivate means of cooperation with Arab countries, Maduro added, saying, “They love us in the Arab world, I know that Arab governments and peoples love Venezuela.”

The tightening of US sanctions since 2019 has affected Venezuela’s ability to sell crude and import fuel, which has exacerbated gasoline shortages across the country.

On the Palestinian cause, Maduro stressed that no one in the world dares to ask Caracas to abandon Palestine.

“We cannot accept such demands. It is a sin to simply think about abandoning Palestine or leaving it by itself,” he stressed.

The Venezuelan leader sent a message to the Palestinian people, in which he affirmed Venezuela’s, the Venezuelan people’s, and the leader Hugo Chavez’s Bolivarian revolution’s support for Palestine. He reiterated his never-ending total support of Palestine as Venezuela loves Palestine, all its people, and all its factions.

Maduro also talked about Syria and its President Bashar Al-Assad, describing him as a courageous, heroic, fighting man who has a beautiful family and a wonderful people. He expressed his regret over what happened to Syria, stating it was “destined to endure a criminal terrorist war”.

Maduro affirmed that the Syrian people have suffered a lot throughout the last 11 years, and they knew how to preserve and win. The Syrian Arab Army, alongside the unified Syrian people and Assad, will make Syria rise again and fully liberate it, he declared.

Speaking about Iran, Maduro said relations with the Islamic Republic have always been really good, “Whether with former President Ahmadinejad, former President Hassan Rouhani, or now with President Ebrahim Raisi”.

Maduro added he agreed on several new plans with Raisi, and the intergovernmental committee of both countries is working on these new projects which include networking and cooperation between Iran and Venezuela.

The Venezuelan president also voiced his admiration for Leader of Iran’s Islamic Revolution Ayatollah Seyyed Ali Khamenei, describing him as a man of great wisdom and great intelligence.

“We were in the midst of the electrical crisis launched by the imperialists of the north against Venezuela’s electrical network”, touching on the conversation the two figures had on several areas of cooperation, including electricity. Maduro confirmed that all matters discussed between them went on to be implemented.

The Venezuelan president praised Major General Soleimani, stating, “He was a smiley, optimistic man, and I thank God for ever meeting him.”

He further noted, “Soleimani combated terrorism and the brutal terrorist criminals who attacked the peoples of the Axis of resistance. He was a brave man.”

He stressed the importance of learning from these horrific crimes, such as the crime of assassinating martyr Soleimani. “Is this a world we want, where we witness the White House issuing an order to kill a hero of the struggle against terrorism in Iraq, Iran, Syria, and Lebanon?” he underlined.

The world must raise its voice again, he underscored, “in condemnation of the murder of the people’s hero, Major General Soleimani.”