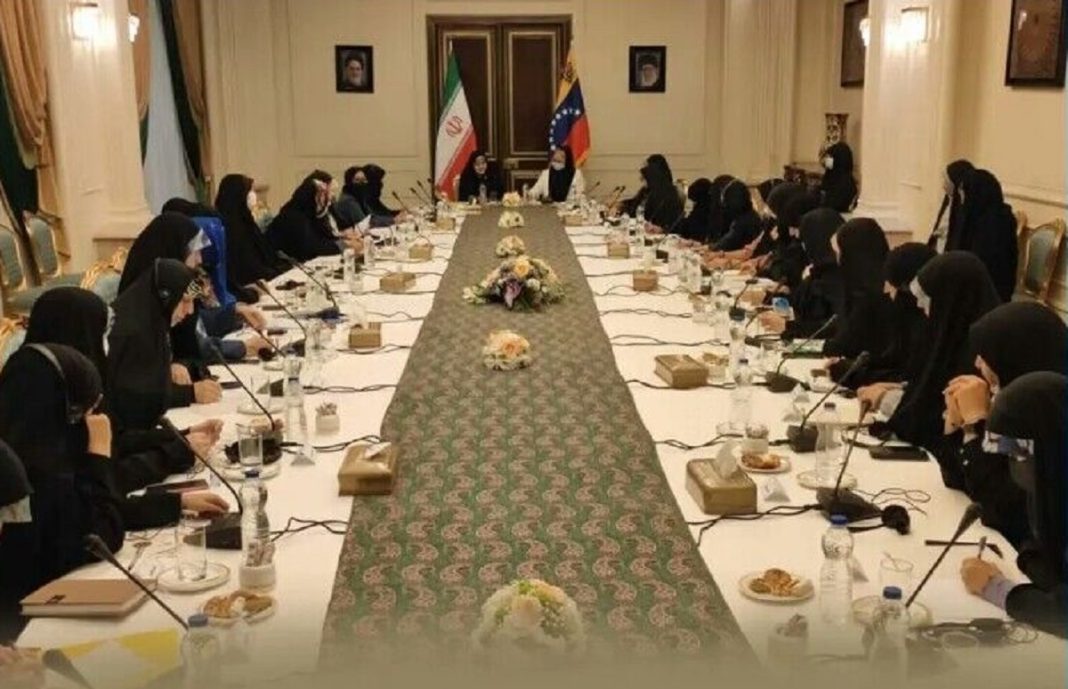 First Lady of Venezuela Cilia Flores along with Iran’s Vice-President for Women and Family Affairs Ensieh Khazali held a meeting with a number of female social and political activists in Tehran.

In the meeting, Flores said “resistance” is a common topic of dialogue between Venezuelan and Iranian women.

Further, the Venezuelan first lady added she was happy to get familiarized with Iranian women’s capabilities.

The meeting at Tehran’s Saadabad Palaces Complex was held in the presence of the Iranian vice president and deputies of the Venezuelan foreign minister.

It was also agreed in the meeting that in the next meeting the Venezuelan culture minister and minister of women’s affairs will be present to sign a memorandum of understanding (MOU).

Venezuelan President Nicolas Maduro at a high-ranking delegation arrived in the Iranian capital on Saturday.