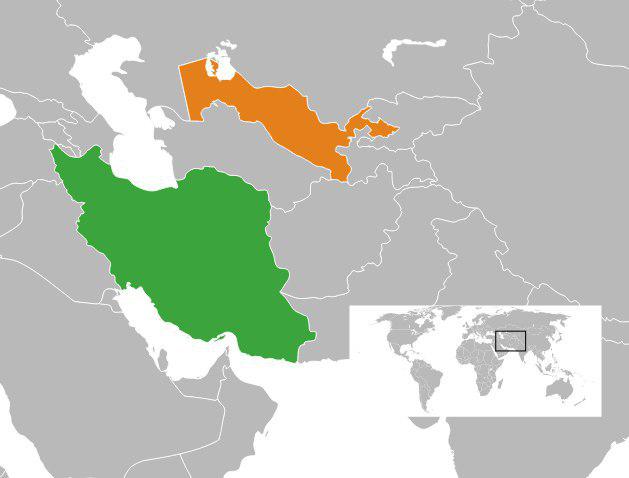 A delegation of Iranian knowledge-based companies and business officials will be in Tashkent on Thursday, December 12, 2019. Hereby, all Uzbek companies and businesspeople working in the following fields are invited to come to International Hotel Tashkent at 10 am (local time) to have B2B meetings with their Iranian counterparts.

Here are the details of the delegation’s visit to Tashkent provided by Rouhollah Estiri, Director General of Department on Promotion of International Businesses at the Iranian Vice Presidency for Science and Technology:

The meeting of Iran-Uzbekistan Joint Commission of Economic Cooperation, due to be held on December 12 at International Hotel Tashkent is aimed at promoting relations between the two countries.

In the meeting, the state officials and the private sectors of the two countries will hold talks in a business atmosphere and try to remove the obstacles to the promotion of bilateral trade.

The two countries appear to have great potential for the enhancement of mutual cooperation, considering a 60-percent rise in the trade exchanges over the past recent years, the establishment of more than 100 factories in Uzbekistan with the assistance of Iranians, and the two countries’ cultural closeness.

On the other hand, the expansion of technological exchanges between the two countries would promote science in both nations and provide appropriate capacities for developing higher-quality products in various fields.

Accordingly, the Iranian Vice Presidency for Science and Technology plans to prepare the ground for the promotion of potential technologies in Uzbekistan and the expansion of technology cooperation between the two countries by dispatching 11 knowledge-based (high-tech) companies in various technological fields to the meeting of Joint Commission of Economic Cooperation.

In order to sign up for attending the event and holding Business-to-Business meetings with Iranian companies, please fill in the following form:

The Iranian knowledge-based companies participating in the meeting include enterprises with expertise in advanced materials, biotechnology, agriculture and machinery, pharmaceuticals and medical equipment, IT, technical and engineering services, and financing.

In the sphere of advanced materials, the “Parsa Polymer Sharif” and “Baspar Gostar Arya” companies produce a broad range of plastic materials with use in the packaging industry, transportation, home appliances, construction goods (such as pipe, profile, foil, wire and cable), environmentally friendly plastic materials, and thermoplastic adhesive.

In the agriculture sector, renowned company “Khazar Electric” has patented tens of inventions, and has obtained international licence to export various products to different world countries, such as the goods for the processing industries, modern poultry farming, recycling, infectious waste treatment, as well as fruit and rice paddy dehydrator machines.

Moreover, with the annual capacity to produce 70 million seedlings and 2 million saplings, the “Nahal Gostar Royan” company has acquired a good knowledge of producing various tissue culture saplings, such as fruit saplings, the mechanized and industrial development of seedlings of vegetables, summer fruits, as well as ornamental and medicinal plants, and has also provided advisory service for 3,800 farmers in different parts of Iran.

Also, the Research and Development (R&D) department of the Iranian knowledge-based company “Zarrin Chemistry Gostar of the Middle East” has managed to standardize the processing and concentration of copper oxide ores with floatation method by using a chemical substance known as potassium n-octyl hydroxama. The products of the Iranian company would be available for use and function tests on copper ores in Uzbekistan, including for the Almalyk MMC company, and for developing scientific and technological cooperation with the copper mining companies of Uzbekistan.

In addition, the first producer of hemodialysis machines in the Middle East, the “Arya Teb Firooz” company, is in the delegation visiting Uzbekistan. The products of the Iranian company have sold well in the neighbouring states of Iran, and are being used for the dialysis of patients.

The event will also be attended by “Reyton” and “Fan Gostar” companies, which represent the IT and the technical and engineering service companies, respectively.

The meeting also involves two financing and investment companies engaged in biotechnology and the transfer of technology of high-tech products. The event is expected to provide a good opportunity for the companies of the two countries to share the resources, work on investment, and guarantee the promotion of technology.