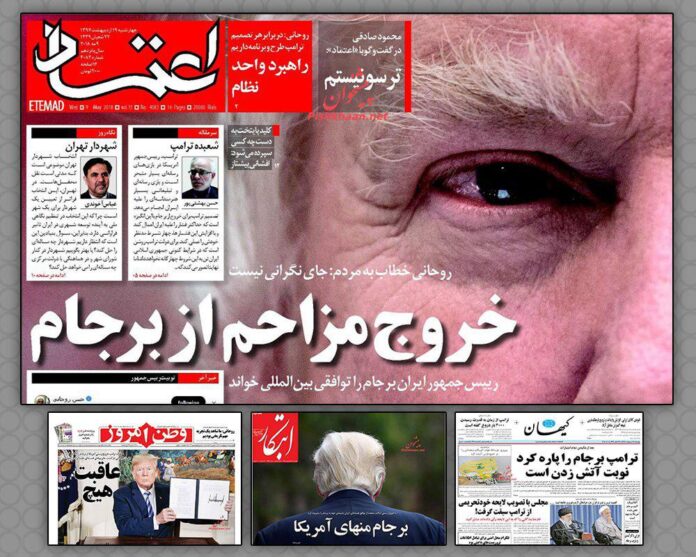 IFP has taken a look at the front pages of Iranian newspapers on Wednesday, May 9, and picked headlines from 16 of them. IFP has simply translated the headlines and does not vouch for their accuracy.

The top story in all newspapers today was US President Donald Trump’s decision to withdraw his country from the Iran nuclear deal.

The reactions to the move, particularly the remarks made by President Hassan Rouhani and EU Foreign Policy Chief Federica Mogherini, received the greatest coverage on Wednesday.

While conservative papers mostly called for setting fire on the deal and resuming the country’s nuclear program, reformist papers welcomed Rouhani’s idea of continuing the implementation of JCPOA with Europe, Russia, and China. 1- Rouhani: P5+1 Lost One of Its Members after US Withdrawal 1- Rouhani: Iran’s Foreign Policy Based on Constructive Interaction with World