US, West bid to satisfy Zionists to no avail: Iran cleric 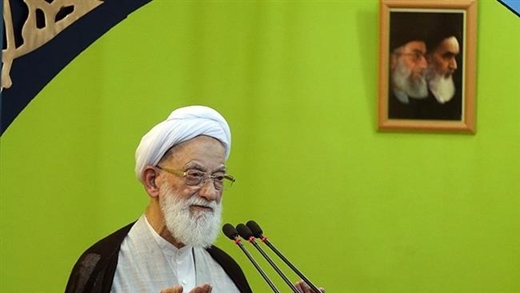 You want to satisfy the Zionist leaders with the recent deal with Iran, but be sure that they won’t be satisfied, because they want to destroy all nations in the world, said Ayatollah Emami Kashani.

A senior Iranian cleric says the United States will definitely fail to change the hostile attitude of the Israeli regime toward the recent breakthrough in the nuclear talks between Iran and P5+1.

Tehran interim Friday prayer leader Ayatollah Mohammad Emami Kashani said in a sermon to worshipers that the US and the Western states cannot make Israel satisfied with the successful outcome of the nuclear negotiations on the Iranian nuclear program as the real intention of the Zionist regime is to wipe out all nations in the world.

The senior cleric rejected the West’s claims that the pressure of sanctions brought Iran to the negotiating table, saying that the only way to answer such rantings would be the realization of the resistance-based economy as outlined by Leader of the Islamic Revolution Ayatollah Seyyed Ali Khamenei.

Tehran and P5+1 – the US, Russia, China, France, Britain and Germany – finalized the Joint Comprehensive Plan of Action (JCPOA) over the Iranian nuclear program on July 14.

Tel Aviv has been the main critical voice against the breakthrough in the talks between Iran and the six world powers. The regime has long been engaged in heavy lobbying to hamper the diplomatic efforts aimed at closing the Iranian nuclear dossier.

Ayatollah Emami Kashani further rejected as “mere lies” Western allegations that Iran pursues a non-civilian nuclear program and backs terrorism, adding that it is the Westerners who are the real supporters of terrorism.

“It is you (Westerners) who train terrorists, it is you who export terrorism,” said the senior cleric, holding the West to task for supporting the criminal Zionist and Saudi regimes.

“The evil Saudi regime, the Zionist regime, and the deviant ISIL group are three evil sides which are all alike and in collusion.”