US’ Threats against Iran; Real or Empty? 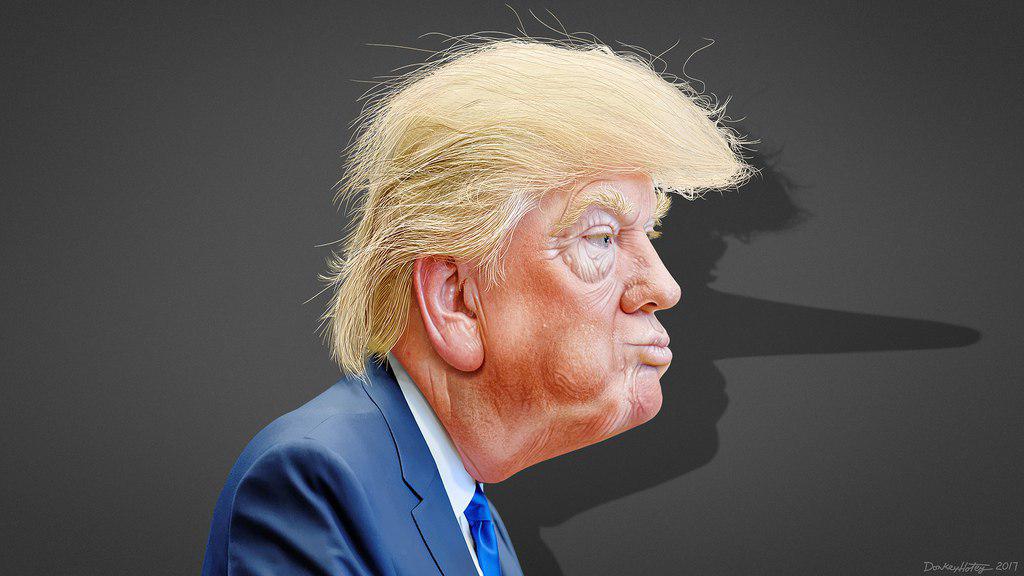 As the war of words has escalated between Tehran and Washington within the past few days, many experts believe that threats made by the US are largely aimed at distracting people from the case of Russian interference in US presidential election in 2016 and to increase economic pressure on Iran.

An opinion piece published on Thursday by the conservative Iranian daily Javan maintains that the threats recently made by US President Donald Trump are not real ones.

It refers to a recent increase in the number of staffs working at the anti-Iran desk of the US Treasury Department, and says that it shows Washington is merely after tightening the economic noose on Iran.

Following you can find the full text of the article:

After the US President’s threats on Twitter against Iran, he suddenly changed his tone within a day and spoke of his preparedness to negotiate with Tehran. However, it’s been heard that the number of personnel working at the Iran sanctions desk of the US Treasury Department has been increased, and this shows Trump will simply not leave the economic war front.

“I withdrew the United States from the horrible one-sided Iran nuclear deal, and Iran is not the same country anymore,” Trump told the Veterans of Foreign Wars convention in Kansas City.

After Donald Trump’s threats, it was not only his secretary of state or his envoy at the UN who talked about preparedness to negotiate with Iran, but he himself, one day after his threatening tweet against Iran, said in his address to the Veterans of Foreign Wars that “We’re ready to make a real deal, not the deal that was done by the previous administration.” In his words, he once again described the Iran nuclear deal as a “disaster”.

In another part of his remarks, Trump claimed that Iran is no longer is the same country. A couple of days earlier on Twitter, the president of the United States addressed Hassan Rouhani saying that, “NEVER, EVER THREATEN THE UNITED STATES AGAIN OR YOU WILL SUFFER CONSEQUENCES THE LIKES OF WHICH FEW THROUGHOUT HISTORY HAVE EVER SUFFERED BEFORE. WE ARE NO LONGER A COUNTRY THAT WILL STAND FOR YOUR DEMENTED WORDS OF VIOLENCE & DEATH. BE CAUTIOUS!”

Rouhani had warned Trump a day before this tweet, referring to the US measures to boycott Iran’s oil export saying that “Do not play with the lion’s tail, you’ll regret it.”

Donald Trump’s tweet drew many reactions from US officials and other countries in the world, as well as the media. Meanwhile, many US media and journalists believe the US president’s tweet against Iran is more than anything else aimed at diverting the attentions from Russia’s alleged interference in the US’ presidential election in 2016.

Trick to Distract from Russia Case

The CNN reported that Trump has recently made quite contradictory statements about his views on the Russian case, which destroyed the credibility of his statements to a large extent. In the meantime, the White House press secretary Sarah Huckabee Sanders announced at the press conference that the White House is considering revoking security clearances for a number of top intelligence officials who have publicly criticised President Trump.  She said Trump is exploring “mechanisms” to revoke security clearances for former US officials (in the Obama administration) who have criticised him for his handling of the Russia investigation and his relationship with Russian President Vladimir Putin.

Meanwhile, Anderson Cooper, the host of CNN, said in response to Trump’s recent  tweet to his Iranian counterpart that these statements, along with his sharp criticism of former US intelligence and security officials in the United States, are aimed at distracting people from other problems that the White House faces.

“I mean, it’s so interesting- this idea, you know that he’s tweeting suddenly tough talk- trying to be a tough guy vis-a-vis to Iran in a tweet or, you know, talking about taking away security clearances of former intelligence officials and national security officials and FBI officials,” said Cooper. “It is a classic move by President Trump to try to distract. And we’ve seen it time and time again. When things aren’t going well, you lob a Molotov cocktail in one corner of the room and everyone runs over there and looks at it and ignores all the stuff that’s been going on that has not reflected well on the administration.”

National security expert Max Boot in CNN’s 360 suggested that Trump’s bluster may be a means to distract attentions from what Boot considers the President’s servile approach to Russian President Vladimir Putin.

He said Russia is the last thing they want to talk about because it is very frustrating. Donald Trump met with Putin a few days ago, and we still do not know exactly what they were talking about and what they said.

Reports published on US Treasury activities show that economic warfare with the Islamic Republic has now become one of the main priorities of the Department. In recent months, special budget and human resources have been allocated to increase economic pressures on Iran.

According to the Fars New Agency, fears of failure of sanctions in the light of past experiences, as well as the current isolation of the United States in the case of unilateral sanctions, have led the US Treasury to significantly increase the number of active forces in Iran’s case.

As US Treasury officials have officially announced, in recent months, dozens of delegations consisting of senior ministry experts have travelled to various countries, including Japan, South Korea, Turkey and the Europeans countries to convince them to cooperate with Washington in imposing these sanctions against Iran.

One of the developments that highlight the focus of the US treasury on the issue of Iran, and Washington’s concern about its possible failure to effectively implement the sanctions, is the recruitment of tens of personnel to focus on Iran’s case in the ministry.

In recent months, the number of Treasury experts working directly on the effective implementation of sanctions against Iran has been raised from 300 to 380. This comes as the US Treasury Department for Financing of Terrorism totally has about 700 staffs.

Back in June, Sigal P. Mandelker, Undersecretary of Treasury for Terrorism and Financial Intelligence in a speech at Foundation for Defence of Democracies (FDD) said that her colleagues are trying to persuade foreign governments and companies to abandon economic cooperation with Iran.

She said conducting business with the Islamic Republic of Iran continues to entail profound risk, especially following the reinstatement of all US sanctions suspended in accordance with the 2015 nuclear deal formally known as the Joint Comprehensive Plan of Action (JCPOA).

“To those in the private sector, I urge you to also take additional steps to ensure Iran and its proxies are not exploiting your companies to support their nefarious activities,” she stated.

In response, Iran’s Foreign Ministry Spokesman Bahram Qassemi advised US government officials and its President Donald Trump to abandon the idea of holding one-sided negotiations with Iran under the shadow of threats. Qassemi in statement called on the US government not to seek to repeat their failed experiences.

“The United States must know that the modern world and era is not an age of hegemony, bullying, consolidation, and unidirectional thinking anymore.”

A look at the world public opinion and their negative view of the performance of the US government is indicative of a profound transformation in the international arena, he added.

“The United States must keep its limits and recognize its position at this point of time. It must also make greater efforts to understand the place and role of Iran.”

He also emphasised that today, as before, there is no trust in the statements and actions of the US statesmen to hold talks, especially in an American way.