US Targets within Range of Iranian Missiles: IRGC 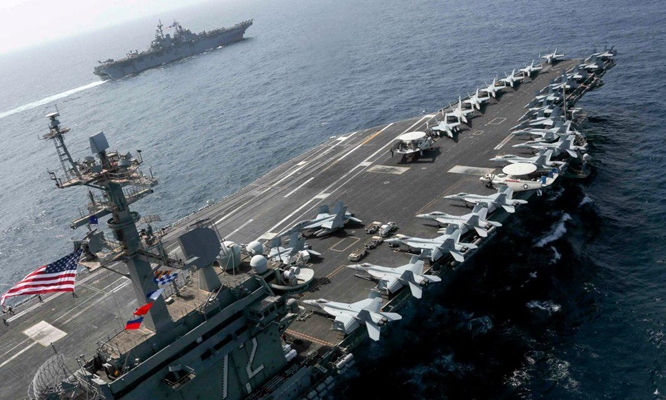 A senior Iranian commander has warned the US against making any stupid move in the region, saying that all US bases and vessels as far as 2,000 kilometers away are within the range of Iranian missiles.

Brigadier General Amir-Ali Hajizadeh said Iran’s downing of a US drone which had violated the Iranian airspace was a warning to the Americans.

“In this operation, in addition to downing the US [MQ-4] drone, which had intruded just a few kilometres into the airspace of our country, we could have also struck their P8 manned aircraft which had 35 people on board, but we didn’t,” said General Hajizadeh, the commander of the Aerospace Division of Iran’s Islamic Revolution Guards Corps (IRGC).

He said if the US had reacted to Iran’s downing of its drone, the Islamic Republic would have responded.

The top commander said Iranian forces were on high alert and ready to strike three American targets in the region in case of US reaction. He said the targets included the Al Udeid Air Base in Qatar, the Al Dhafra Air Base in the United Arab Emirates, and a US warship in the Sea of Oman.

Meanwhile, the top general reiterated that neither Tehran, nor Washington have any intention of waging war. Still, he said, Iran is always prepared for a full-scale war.