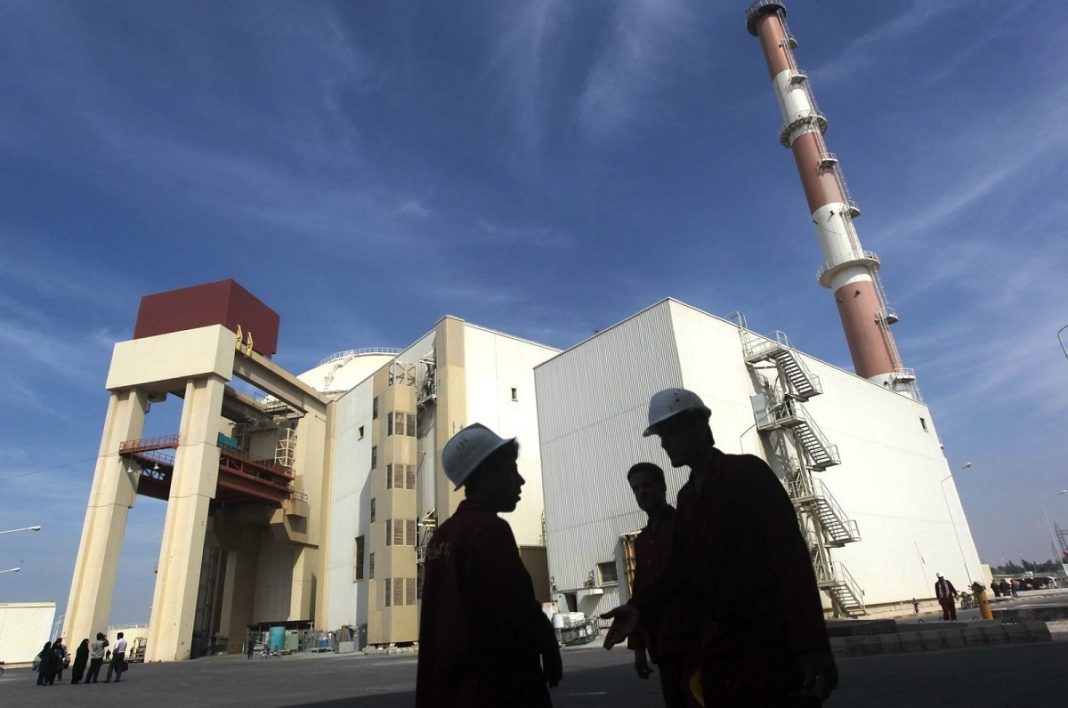 US Senate Republicans are moving to bar the administration of President Joe Biden from lifting sanctions on Iran that, according to them, will allow Russia and China to build out portions of Tehran's civilian nuclear program, according to a copy of legislation obtained exclusively by the Washington Free Beacon.

The bill, led by Sen. Ted Cruz (R., Texas) and cosponsored by 12 other Republicans, comes one day after the Free Beacon reported that Russia’s state-controlled energy firm, Rosatom, is poised to cash in on a $10 billion contract to build out Iran’s Bushehr nuclear plant. Moscow will be permitted to make good on the contract after the Biden administration waives sanctions prohibiting this work as part of the soon-to-be-announced nuclear agreement, which was primarily negotiated by Russia and China.

Senior congressional sources who spoke to the Free Beacon said that Cruz’s bill has been in the works since these waivers were issued but that it took on added importance Wednesday following the Free Beacon‘s report.

“The Biden administration is dismantling sanctions and is aching to secure a new agreement with the Iranian regime that is even weaker than the original catastrophic [Barack] Obama-Iran nuclear deal,” Cruz told the Free Beacon, adding, “The Biden administration is so committed to their deal that they are willing to make Iran a nuclear client for [Russian President Vladimir] Putin, including work that amounts to a $10 billion subsidy for his war machine.”

Rep. Darrell Issa (R., Calif.) is authoring a companion House version to Cruz’s bill, according to congressional sources briefed on the matter.

Cruz, a member of the Senate Foreign Relations Committee, stated his bill would stop the Biden administration from circumventing Congress to issue sanction waivers that permit “Russia to build up Iran’s nuclear program.”

Iran’s government “exploits these civil nuclear waivers to build up Iran’s nuclear program with the express intention of eventually developing nuclear weapons to inflict destruction on America and our allies,” Cruz continued.

The Donald Trump administration nixed these sanction waivers as part of its “maximum pressure” campaign on Tehran that was launched after the 2018 decision to abandon the original nuclear accord. Now, “the Biden administration is resurrecting them. It’s unconscionable, and Congress must put a stop to it,” Cruz noted.

The bill is also supported by Republican senators Tom Cotton (Ark.), Joni Ernst (Iowa), Marco Rubio (Fla.), Bill Haggerty (Tenn.), and Jim Inhofe (Okla.), among others. It is unclear if the bill could garner Democratic support in the split Senate, but some Democrats, including Sen. Bob Menendez (N.J.), have expressed opposition to the concessions being granted to Iran as part of negotiations aimed at resurrecting the 2015 deal.

The legislation would stop the United States from granting further sanctions waivers to allow Iran and its international partners to modernize or redesign its Arak heavy water reactor, which has come under scrutiny for its ability to produce enriched nuclear fuel. It also blocks the transfer of uranium, the key component in an atomic bomb, as well as heavy water materials, inside or outside of Iran.

Russian and Iranian documents translated for the Free Beacon on Tuesday showed that Rosatom, Russia’s leading energy company, has a $10 billion contract with Iran’s state-controlled atomic energy organization to expand Tehran’s Bushehr nuclear plant, which also is targeted by Cruz’s legislation. Russia and the Biden administration confirmed on Tuesday that the new nuclear agreement includes carveouts that will waive sanctions on both countries so that Russia can make good on this contract.

The Biden administration continues “to engage with Russia on a return to full implementation of the JCPOA,” a State Department spokesman told the Free Beacon on Tuesday, referring to the nuclear deal by its official acronym.

The United States will “not sanction Russian participation in nuclear projects that are part of resuming full implementation of the JCPOA,” such as work on Iran’s civilian nuclear program.

“The United States will take actions as necessary to ensure that US sanctions do not apply to the implementation of JCPOA nuclear-related projects and activities by non-US individuals and entities,” the official added.