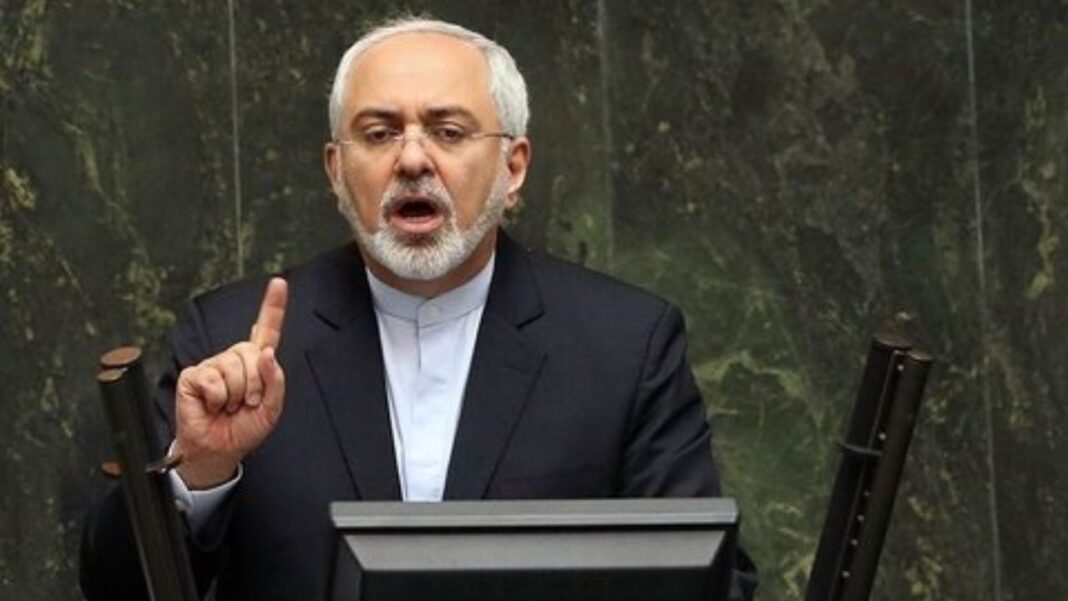 The Iranian foreign minister says the United States is trying to create the impression that the Islamic Republic of Iran poses a security threat to the world.

Speaking at the parliament floor on Sunday, Mohammad Javad Zarif said Washington is also trying to view economy through a security lens.

“In this full-scale war, the United States wants to do several things the most important of which is to create a concept, i.e., portray Iran as a security threat. After it features Iran as a threat to security, then the issue of Iran becomes the topic of discussion at locations and domains where the US dominates such as the UN Security Council,” he said.

“Or the US wants to drag the issue into the security domains of economy, so that it can deal security blows to global economy,” Zarif added.
He said the United States’ second strategy was to build a consensus against Iran.

“From January 2018 until last week, four UN Security Council meetings were held in a bid to put pressure on Iran,” said the top diplomat.

He said Washington’s third objective is to tell fabricated stories about Iran, adding, “We should notice what the United States’ goal of this game is and we should take care not to get involved in this game.”

Zarif noted the US is also trying to pressurize Iran’s friends and target the country’s interests in the region.

“We should pay attention to that matter as well,” he added.

Zarif said the White House seeks to drive a wedge between Iranian people and the Establishment, and seeks to create the impression that the Islamic Republic’s System is inefficient.

“They want to delegitimize the Establishment,” he said.

Zarif further noted that the United States has misgivings over the emergence of countries such as China and other emerging countries.

Elsewhere in his remarks, the foreign minister said Iran should reach out to its neighbours and make them realize that the Islamic Republic is a source of security, stability and development in the region.