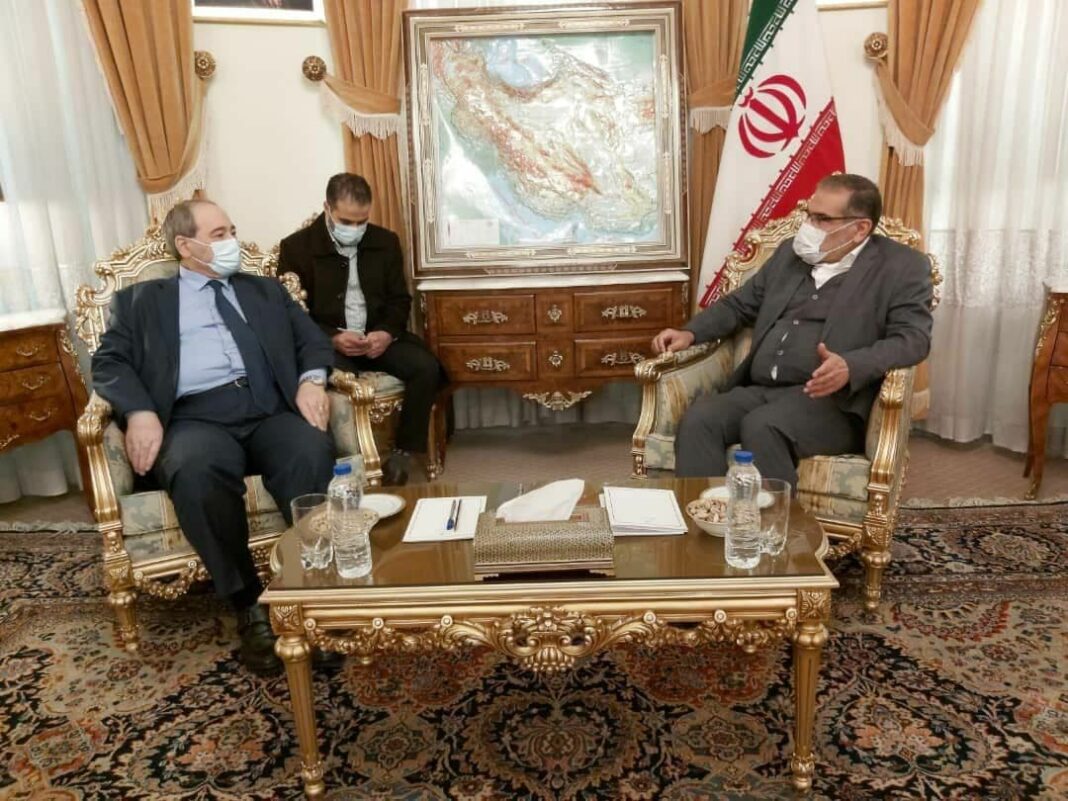 A senior Iranian official says the United States is seeking to reinforce and expand terror cells of the ISIS.

“The United States’ evil presence in the region must be ended,” said Shamkhani in a meeting with visiting Syrian Foreign Minister Faisal Mekdad.

The Iranian official said the secret to the survival of the Israeli regime is violation of humans’ rights and terror.

“Undoubtedly, the world will be safer without the Israeli regime,” he said.
Shamkhani further lashed out at regional countries which have normalized their relations with Tel Aviv.

“Statesmen who are humiliatingly normalizing their relations with the fabricated Israeli regime and helping he US implement its schemes in the region will have a destiny no better than those of [Muammar] Gaddafi and Omar al-Bashir,” said Shamkhani.

The top Iranian official lauded the Syrian people and government’s resistance against Israeli aggression and terrorism.

“The Islamic Republic of Iran will never leave the Syrian nation and government alone in the fight against aggression and terrorism,” he said.

The top Syrian diplomat, in turn, appreciated Tehran’s all-out support for his country against terrorism and Israeli threats, highlighting the need to further boost Tehran-Damascus relations on all fronts, especially in the economic area.