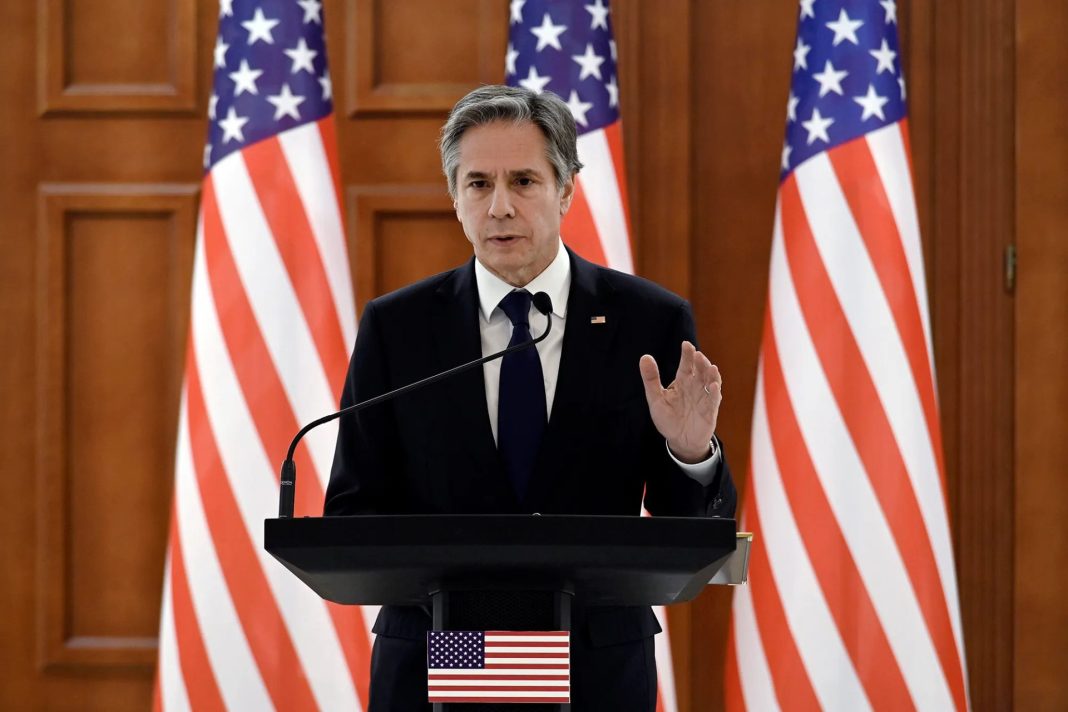 US Secretary of State Antony Blinken has dismissed as "irrelevant" Russian demands for guarantees that new sanctions linked to Ukraine will not affect Moscow's rights under a reworked Iran nuclear deal.

With the parties to the landmark agreement, which the US abandoned in 2018, now seemingly close to a new accord, Blinken rejected fresh demands voiced Saturday by Russian Foreign Minister Sergei Lavrov.

The sanctions on Russia over its invasion of Ukraine “have nothing to do with the Iran nuclear deal”, Blinken said on CBS talk show “Face the Nation”.

They “just are not in any way linked together, so I think that’s irrelevant”, he added speaking from Moldova, a small country on Ukraine’s southwest border.

Blinken stated it was not only in America’s interest but Russia’s as well that Iran not be able “to have a nuclear weapon or the capacity to produce a weapon on very, very short order”.

Lavrov said Saturday that Moscow, itself slapped with severe sanctions over its invasion of Ukraine, needed guarantees before backing the nuclear deal.

He added Russia wanted written guarantees from the United States that Ukraine-related sanctions “will not in any way harm our rights to free, fully fledged trade and economic and investment cooperation, military-technical cooperation with Iran”.

Russia is party to the negotiations in Vienna along with Britain, China, France and Germany. The United States is participating indirectly.