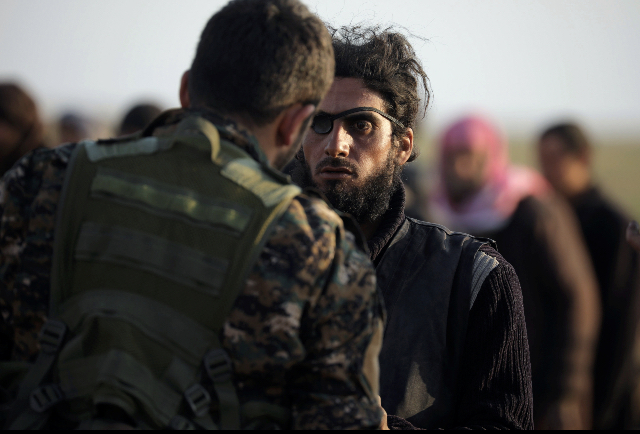 The United States has announced that its allied Kurdish forces in Syria have successfully retaken a prison following an attack by the Daesh that left dozens dead.

“Thanks to the bravery and determination of the SDF, many of whom paid the ultimate sacrifice, ISIS failed in its efforts to conduct a large-scale prison break to reconstitute its ranks,” Sullivan announced in a statement.

Sullivan added Sunday that ISIS’s violent prison break attempt showed why the terrorist organization must be contained, saying nations “must work together to address the thousands of ISIS detainees in inadequate detention facilities.”

“ISIS remains a global threat that requires a global solution. The United States remains committed to working with our partners in Iraq and northeast Syria, and the Defeat-ISIS Coalition, to counter the ISIS threat to our homelands,” Sullivan concluded in his statement.

The forces’ commander, Mazloum Abadi, tweeted that all fugitives had been arrested.

Assailants broke into the sprawling Ghwayran prison complex near the city of Hasakah on January 20, sparking days of heavy fighting that killed 270 people.

The SDF announced that it had recaptured the prison on Wednesday, but “mop-up operations” continued. About 3,500 Daesh members surrendered, but others barricaded themselves inside the prison.

The violence prompted 45,000 people to flee Hasakah, the UN announced. Many took refuge in relatives’ homes, while hundreds more have slept in the city’s mosques and wedding halls.

The fighting also raised concerns among NGOs about the fate of some 700 children of Daesh fighters housed in the prison, who the SDF calls “Caliphate Cubs”.

The SDF has called on the UN to urge countries that have Daesh nationals detained in Syria to “accelerate the pace of their repatriation” – primarily children and women.

UN Under-Secretary-General Vladimir Voronkov told the Security Council on Thursday the deadly prison siege underscored the need to deal with those allegedly linked to the armed group in prisons and camps in Syria’s northeast.

Daesh lost its last patch of territory near Baghouz in eastern Syria in March 2019. Since that time, it largely went underground and waged a low-level battle, including roadside bombings, assassinations, and hit-and-run attacks mostly targeting security forces.

In eastern Syria, fighters carried out 342 operations over the last year, many attacks on Kurdish-led forces, according to the Syrian Observatory.

The prison break in Hasakah was its most sophisticated operation yet. It was part of a recent uptick in attacks that have stoked fears the armed group is gaining momentum in Syria and Iraq.