“US-Saudi Nuclear Talks Aimed at Pushing Back on Iran” 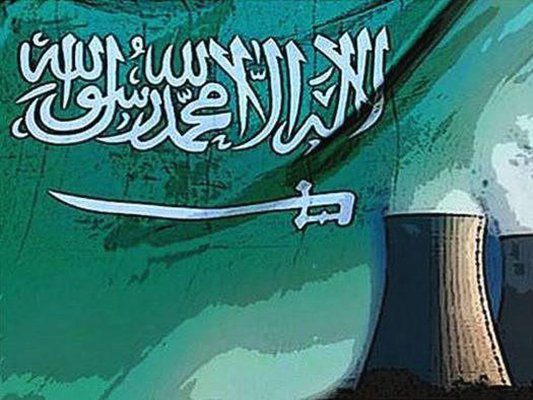 An expert on US politics says Washington’s efforts to sign a nuclear cooperation accord with Saudi Arabia are aimed at tipping the balance of power in the Middle East to its favour and push back against Iran in the region.

Iranian political analyst Mehdi Motahharnia maintains that “big powers tend to take measures to boost or weaken power of regional players to prevent one country from taking the upper hand.”

“According to this rule, the US is trying to maintain the balance of power between Iran and Saudi Arabia”, Motahharnia told the Persian-language news agency ILNA.

US Energy Secretary Rick Perry led an interagency US delegation to nuclear talks with the Saudis in London on Friday.

A nuclear accord between Riyadh and Washington would allow US corporations to export their nuclear technology to Saudi Arabia, AP reported.

Ties between the kingdom and Washington have strengthened since Donald Trump assumed office early last year.

Asked if concerns among the US officials over the possible danger of a nuclear Saudi Arabia for their close ally Israel could become a deal-breaker, Motahharnia said he believes Israel will not prevent such a contract.

“Israel sees Riyadh an ally in the fight against Tehran. So it will remain silent in the face of the nuclearizing of Saudi Arabia and will probably seek to draw concessions from Riyadh,” he said.

However, the expert said Tel Aviv and Washington will probably seek a limit to the development of the Saudi nuclear program.

The US-Saudi talks come despite the US has been a staunch opponent of Iran’s peaceful nuclear program, for years pushing for international sanctions on Iran over unproven allegations that Tehran seeks nukes.

The 2015 nuclear accord, which saw Iran agreeing to confidence-building curbs on its nuclear program in return for the removal of sanctions, finally settled the long-running dispute between Iran and the US.

However, Trump has been calling for renegotiation of the nuclear pact, vowing he will pull the US out of the pact otherwise.