“US Resolved to Topple Iran Ruling System through Economic War” 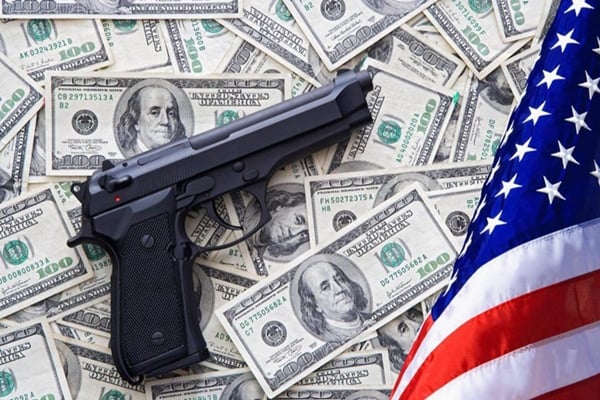 Iranian ambassador to the United Kingdom says the US’ all-out economic war against Iran is aimed at overthrowing the Islamic Establishment through fomenting public dissatisfaction.

In a post in his Instagram account, Hamid Baeidinejad underlined that the war has already begun and the US officials have expressed announced the war has been waged to overthrow the Islamic Republic through provoking public unrest inside the country.

“The US’ economic war on Iran is not merely an ‘analysis’ anymore. It is the official stance of Washington towards Tehran. As the US president and secretary of state have underlined repeatedly, they are seeking to create unrest in Iran by imposing sanctions and exerting economic pressure on the Iranian people and subsequently provoking the public into overthrowing the Islamic establishment,” he said.

According to Baeidinejad, the US officials repeated the same stance three days ago during a gathering of the Foundation for Defence of Democracies (FDD).

The Iranian ambassador went on to say that there is no doubt the economic war is accompanied by a media campaign.

“Exerting pressure on people will pay off only if it is accompanied by a media campaign to make them dissatisfied with and distrustful of the officials and sow the seeds of discord between the two sides,” he noted.

The diplomat also said over the past two years with certain firms like Cambridge Analytica gaining momentum, the potential role of media and social networks in manipulating public opinion has been highlighted at least in the western states particularly the US.

Baeidinejad then referred to the Iranians’ enthusiasm for following the news and analyses in the media and social networks saying this trend is deeply rooted in the Iranian nation’s rich culture.

“But the cultural potential can pave the way for enemies’ abuse. Today, a few people create tens of fake accounts and share their false and manipulated news without any concerns about their identities being recognized. They poison the public atmosphere of the country. Unfortunately, many users forward the same news without verifying them or making sure about their authenticity.”

He then referred to the latest trend of fake news in the social networks on the recent agreement among the Caspian Sea littoral states and said such people wrongly accused the government of treason.

“They accused the government of selling the seas and lands of the country. Such trends contribute to the strained atmosphere of the country,” he added.

The Iranian diplomat underlined that public access to information is among the basics of the citizens and added “there should be a culture for correct use of new technologies because enemies are seeking to inflict a blow on the nation through such mechanism.

He urged the Iranians not to believe every piece of news and verify them before forwarding because the enemies’ media and psychological war is too serious.