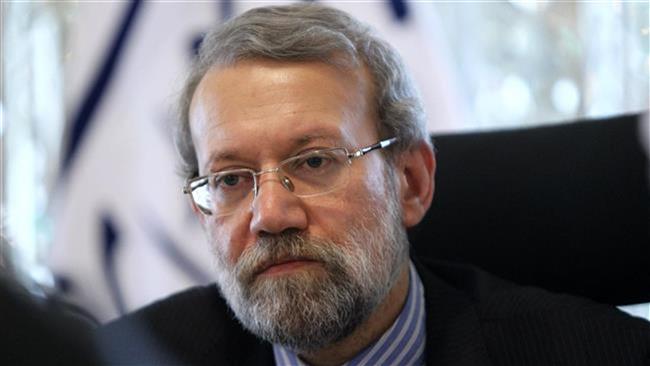 The Iranian parliament speaker has said that the US president is to blame if the negotiations over Iran’s nuclear program break down.

Larijani pointed to the attempts by some lawmakers in the US Congress seeking more sanctions against Iran over its nuclear program and said that Obama should manage the domestic pressure himself.

“The issues they raise about the US Congress are not relevant to us. If Obama can’t solve his problems, he himself will be responsible for the disruption of the negotiations,” the Iranian speaker said.

Larijani said Obama’s problems do not concern Iran, adding that Tehran has shown enough flexibility in the negotiations.

Certain lawmakers in the US are drafting legislation to impose new sanctions against Iran as the Islamic Republic and P5+1 are negotiating to reach a comprehensive nuclear agreement. This is while an interim agreement reached between Iran and the six other countries in November 2013 stipulates that no more nuclear-related sanctions should be imposed on the Islamic Republic as long as the deal is in effect.

The agreement has been extended until July this year as the two sides continue to negotiate to reach a final agreement.

Obama has called on the new Republican-controlled Congress not to impose more sanctions on Iran over its nuclear program, saying he would veto any draft bill that may reach his desk.

“New sanctions passed by this Congress, at this moment in time, will all but guarantee that diplomacy fails,” Obama said on Tuesday.

Larijani rejected claims that sanctions have forced Iran to the negotiating table.

“They made something called sanctions so that they can pressure Iran with them but realized later that the bans were not effective either, and Iran advanced [despite the restrictions],” he said.

Since an interim deal was agreed in the Swiss city of Geneva in November 2013, the negotiating sides have missed two self-imposed deadlines to ink a final agreement.