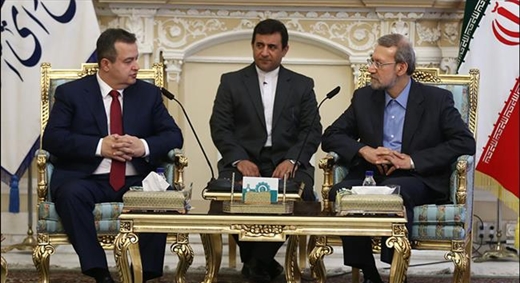 The Serbian top diplomat slammed the big powers for their interventionist policies, saying they sow discord with the aim of disintegrating big countries.

Iranian Parliament Speaker Ali Larijani says the United States is using the ISIL Takfiri terrorist group as a means to advance its own interests in the region.

“It seems that the US is playing with the ISIL pawn in the region,” Larijani said Monday in a meeting with visiting Serbian Foreign Minister Ivica Dačić.

The top Iranian legislator said that a lack of serious efforts by the US in dealing with ISIL has enabled the terrorist group to freely operate in the region.

Larijani said such a policy has further emboldened ISIL terrorists to press ahead with their crimes, which is detrimental to peace and security in the region.

Drawing a comparison between the developments in the Balkans in the early 90s and the current situation in the Middle East, Larijani said in both cases “intervention by outside elements” hampered the restoration of tranquility.

The Serbian foreign minister, for his part, criticized the international community’s double standards vis-à-vis the war on terror, saying the policy has exacerbated violence and extremism.

Dačić slammed the big powers for their interventionist policies in various parts of the world, saying they sow discord among ethnic and religious groups with the aim of disintegrating big countries.

He said such policies further intensify instability across the world.

During the meeting Zarif welcomed a proposal by Dačić for the holding of the 14th Iran-Serbia Joint Economic Committee. 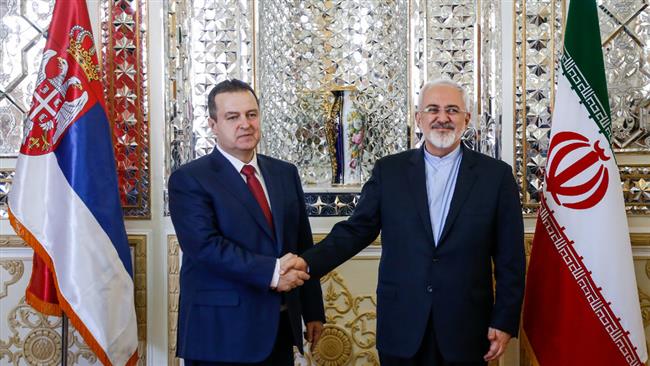 Zarif welcomed the proposal, saying, “In this regard, an economic delegation from Iran’s government and private sectors will head for Belgrade in the future.”

The Serbian minister, for his part, voiced Belgrade’s readiness to open a new chapter in ties with the Islamic Republic in the political, economic, and parliamentary fields.

The Serbian official also felicitated Iran on the conclusion of nuclear talks between Tehran and P5+1 – the United States, Britain, France, China, Russia and Germany – in the Austrian capital Vienna last month.