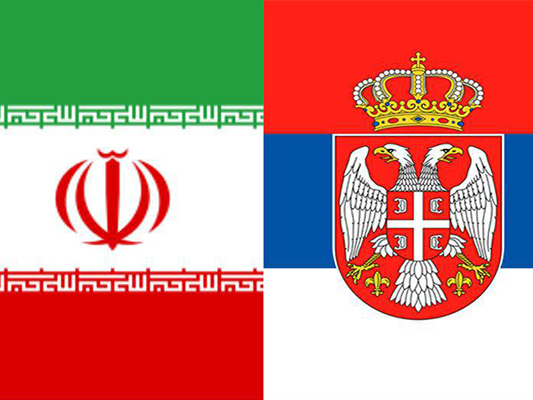 President of Iran Hassan Rouhani has called for the expansion of relations with Serbia in all fields, stressing that the US’ cruel sanctions should not be allowed to ruin the bilateral ties between Tehran and Belgrade, particularly their economic interaction.

In a telephone conversation with his Serbian counterpart Aleksandar Vucic on Tuesday, President Rouhani stressed the need for the enhancement of economic, trade, scientific and technological cooperation between the two nations.

“We should not allow the cruel American sanctions to disrupt the promotion of economic relations between the two countries, so that we’d be able to serve the interests of the two nations by employing the capacity for cooperation,” the Iranian president added.

Describing closer economic and trade ties between Tehran and Belgrade as a necessity, President Rouhani said, “The officials of the two countries must use the whole capacities and opportunities available in order to broaden cooperation and joint economic activities.”

He further hailed Iran and Serbia’s common stances against unilateralism, called for closer interaction in the international organizations, and stated, “The two Iranian and Serbian nations have always stood against foreign intervention to protect their independence, and have not allowed the aliens to interfere in their internal affairs.”

President Rouhani finally highlighted Iran’s successful planning in the battle with the novel coronavirus and the production of homegrown diagnostic test kits by the knowledge-based companies, expressing Iran’s readiness to share its experiences in the fight against COVID-19 with Serbia and launch scientific and technological cooperation with the European country.

The Serbian president, for his part, called for concerted action by all governments in the fight against the coronavirus pandemic.

Vucic also emphasized that Serbia has always opposed the imposition of sanctions and pressures on Iran, saying his country stands by the Iranian people.

“We must seize the opportunities and try to promote cooperation between the two countries in various areas, such as the economic, trade, scientific, cultural, technological, tourism and academic fields, to serve the interests of the two nations,” he noted.

The Serbian president finally lauded Iran’s independent stances on various international issues and its respect for the territorial integrity and sovereignty of the other governments and nations.

In a meeting with Iran’s new ambassador to Belgrade, Djordjevic described Serbia and Iran as friendly countries, saying they will support each other in most of the international issues.