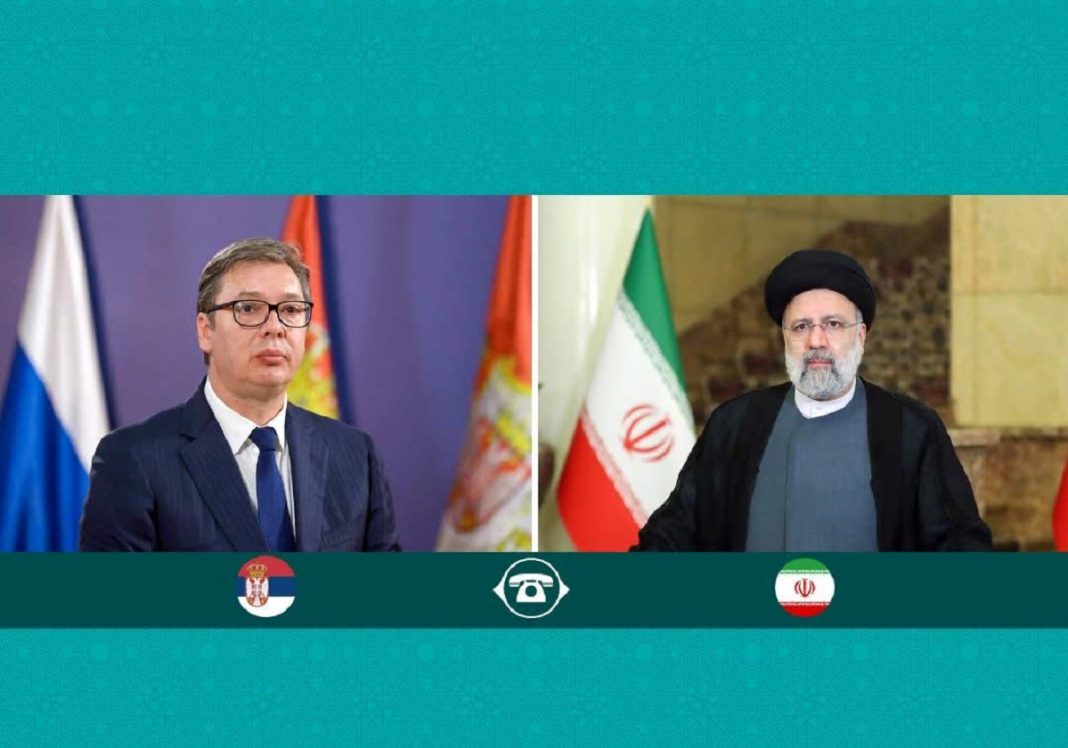 Iranian President Ebrahim Raisi says there are various potentials for Iran and Serbia to profitably expand their relations.

Raisi was speaking during a telephone conversation with his Serbian counterpart Aleksandar Vučić. The phone call was initiated by Vučić.

He told Vučić that he’s looking forward to receiving the Serbian president in Tehran and “I am confident that our talks and consultations during that trip will play a key role in developing our ties”.

The Serbia president for his part congratulated Raisi and the Iranian people on Eid al-Fitr, adding that there are many possibilities for cooperation between Iran and Serbia at the highest level.

Vučić said he is willing to visit Iran.

“I will bring with me the highest and best possible delegation so that we can discuss and consult on all available areas for expanding cooperation”, he added.