US has not killed Bin Laden: Former Pakistani spymaster 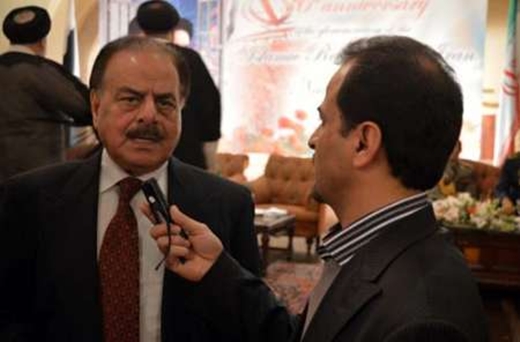 A former Pakistan general says the US has not killed Bin Laden; rather the terror mastermind has died of natural causes.

Recent comments by Pakistan’s lieutenant general Mohammad Asad Durrani that the Inter-Services Intelligence (ISI) has helped the United States in tracking down Bin Laden and later killing him in a covert operation are not true, said retired Pakistani lieutenant general Hamid Gul, who once sat at the helm of ISI. The following is a partial translation of an interview the Islamic Republic News Agency conducted with the former Pakistani official.

“The reason why IS terrorists have been unable to make their way into Pakistan is that they face a big hurdle called Iran,” the former director general of the Inter-Services Intelligence said, adding, “The terrorist grouping knows no boundaries and seeks to expand the area under its control at any cost. But for the group to infiltrate Pakistan, it has to cross Iran and Afghanistan. We all know that crossing Iran is impossible.”

“In the years since the victory of the Islamic Revolution, Iran has had some disagreements with Arab countries, but with the rise to power of King Salam in Saudi Arabia new developments have been set in motion which could narrow the gap between Tehran and Riyadh,” the former Pakistani official said.

“Because of American plots, Arabs have always been baselessly concerned about Iran,” he said, adding, “Tehran should now reach out to Arab countries, especially Saudi Arabia, and convince them there is nothing to be worried about and that the fears the US has instilled in their ranks are groundless.”