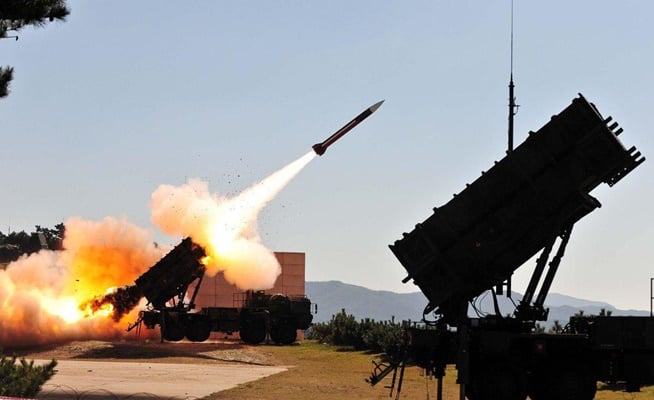 A senior Iranian commentator says Saudi Arabia has spent a hefty amount of money to purchase the US-made cutting-edge patriot missiles but what it has received cannot intercept the missiles fired by Yemen’s Ansarullah fighters at the Kingdom.

Chief of the conservative Kayhan newspaper says the US has cheated Saudi Arabia on their recent hefty arms deal.

“The Patriot missiles which Saudi Arabia has bought from the US at a costly price are not only incapable of intercepting missiles fired by Yemen’s Ansraullah fighters but also in some cases, they land in residential areas killing Saudi nationals,” he said in a Farsi Interview with Fars News Agency.

The commentator went on to say that the successful missile attack carried out by Ansarullah fighters on Saudi Defence Ministry building reveals that the Patriot missiles which the Saudis have purchased from the US at a hefty cost don’t meet Riyadh’s defence needs.

Shariatmadari underlined that the missile fired by Ansarullah fighters at King Khalid Airport had also landed successfully at the airport but the Saudi officials falsely claimed they have intercepted the missile.

“This comes as foreign correspondents including New York Times’ reporters in Saudi Arabia who witnessed the attack in person, not only confirmed that the missile successfully targeted the airport but also added that the US-made system used by Saudi Arabia exploded in the sky leaving a number of civilians dead including an Egyptian national,” he noted.

The chief of Kayhan newspaper also said the anti-missile system of Israeli regime also known as the Iron Dome which is equipped with Patriot missiles also fails to intercept successfully the missiles fired by Lebanon’s Resistance Movement at Israel.

To illustrate further the US cheating on arms deal with Saudi Arabia, Shariatmadari referred to an event in Iran’s history.

“One of the Iranian prime ministers during Qajar dynasty, Haj Mirza Aqasi, vowed to invent a war cannon capable of targeting Saint Petersburg from Tehran. In a ceremony attended by King Mohammad, the army began to try the cannon. But the cannon exploded at firing, leaving a number of army forces dead and wounded. Interestingly enough, without getting embarrassed, Haj Mirza Aqasi began to boast about his invention’s successful test,” he noted.

The commentator then added it seems US President Donald Trump “has received a hefty amount of money to sell Patriot missiles but at the end of the day, has delivered ‘Mirz Aqasi missiles to Saudi Arabia, because the missiles used by Riyadh are incapable of intercepting Yemeni missiles.”

He also described Ansarullah’s response to Saudi Crown Prince Mohammed Bin Salman’s bragging as “crushing” and said the Saudi regime claims that Ansraullah’s missile has not hit the building of Defence Ministry.

“Now the main question lingering in mind is that why the Saudis don’t show the Defence Ministry building or Aramco facility targeted by Ansarullah’s drone to reporters to prove their claim to intercept Ansarullah’s missiles?” he concluded.