US, Israel, Saudi Arabia, Egypt Were Plotters of Turkey Coup 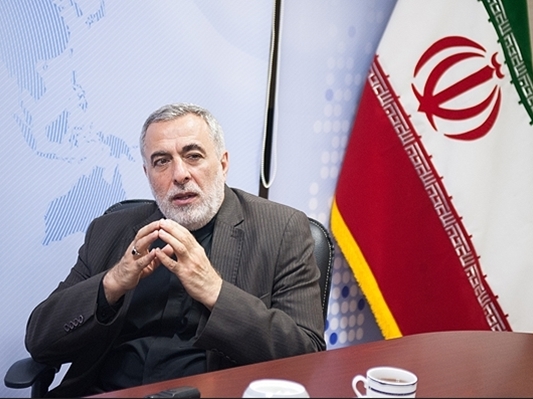 An Iranian adviser believes that Turkey’s army had received the green light from the US, Saudi Arabia and Egypt, or else they wouldn’t dare to stage the amateurish coup in Turkey.

Javan Online news website has reported the remarks made by Hossein Sheikholeslam, an International Advisor to the Iranian Parliament Speaker Ali Larijani, about the recent coup attempt in Turkey.

The recent military coup against the Turkish government, which crumbled in the early hours, was the most important development in the past few days, and was widely covered by media outlets throughout the world.

According to Sheikholeslam, the remarks recently made by Turkish officials, particularly the recent statements of Turkish Prime Minister Binali Yıldırım, indicate that Ankara has changed its policy towards Syria.

“If Turkey cuts off the routes previously used by Saudi Arabia as a conduit to transfer weapons, explosives and even mercenaries to Syria, the eradication of terrorism will become much easier.”

He drew a link between the policy change and the recent coup attempt in Turkey, and said, “The elimination of terrorists in Syria is a big strategic loss for the Zionist regime; therefore, I don’t see it unlikely that what happened in Turkey was the result of efforts made by Americans, Saudis, Egyptian intelligence, and Zionists.”

He pointed to the Saudi news channel Al Arabiya’s support for the coup as well as Egypt’s efforts to dissuade the United Nations from condemning the coup.

“It is no secret to anyone that the masterminds of the coup also had close relations with the Zionist regime,” he further noted.

Sheikholeslam also referred to the recent threats made by Saudi Arabia against Turkey, and noted, “The threat resembles the approach adopted by Bandar bin Sultan, the former Saudi Arabian ambassador to the US, against the Russian President Vladimir Putin. Bandar had implicitly threatened to carry out terrorist attacks in Russia.”

“The defeat of terrorist groups will ruin Saudi Arabia’s dignity, and is thus a vital issue for Riyadh,” he added, reiterating that Turkey’s change of stance on Syria is too costly for Saudi Arabia.

Jubeir’s threatening statements against Turkey could be a result of numerous phone calls made between the Saudi royal family and Turkey’s army, vying to build a regional army against Iran, Sheikholeslam  went on to say.