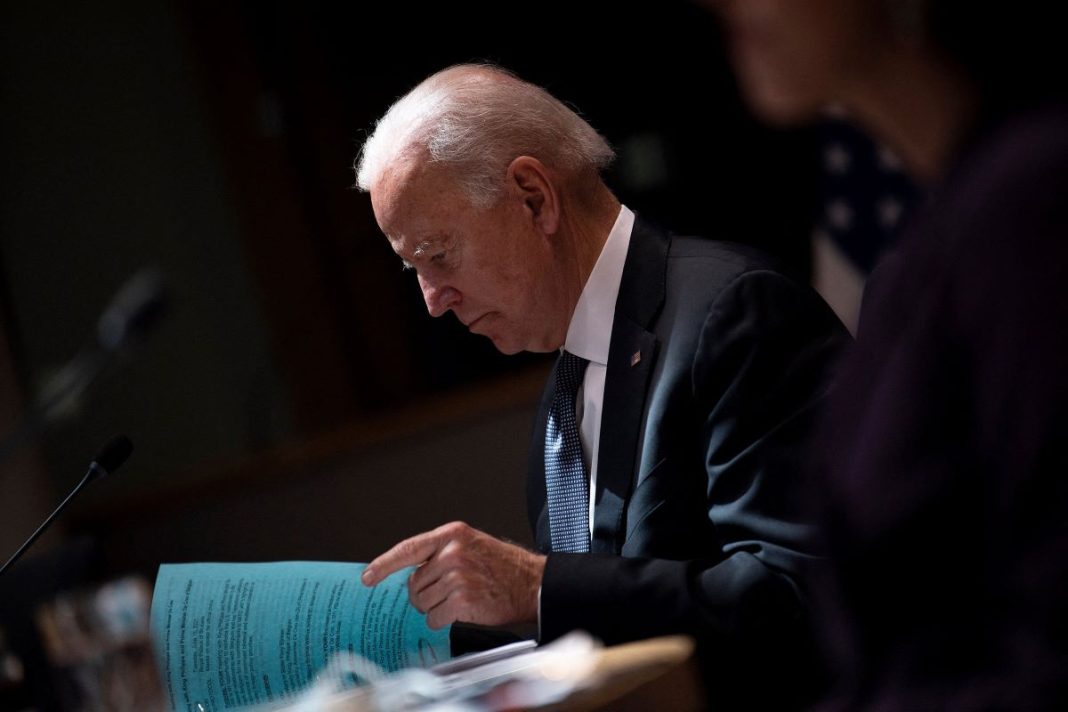 Among the items from Joe Biden’s time as US vice president discovered in a private office last fall are 10 classified documents including US intelligence memos and briefing materials that covered topics including Iran, Ukraine and the United Kingdom, according to a source familiar with the matter.

Attorney General Merrick Garland has received a preliminary report on the documents inquiry, a law enforcement source said, and now faces the critical decision on how to proceed, including whether to open a full-blown criminal investigation.

John Lausch Jr., the US attorney in Chicago, has briefed Garland multiple times. No additional briefings are scheduled but would be conducted if necessary, a source stated.

The classified documents were dated between 2013 and 2016, according to the source familiar. They were found in three or four boxes also containing unclassified papers that fall under the Presidential Records Act.

The vast majority of the items in the office contained personal Biden family documents, including materials about Beau Biden’s funeral arrangements and condolence letters, the source told CNN. It is not clear if the boxes with classified documents contained personal materials.

Garland has assigned the US attorney in Chicago, a holdover from the Donald Trump administration, to investigate the matter, CNN previously reported. Garland made this move after receiving a referral from the National Archives and Records Administration.

The documents were discovered on November 2, just six days before the midterm elections, but the matter only became public Monday due to news reports.

The source told CNN that a personal lawyer for Biden was closing out the downtown DC office that Biden used as part his work with the University of Pennsylvania. The lawyer saw a manila folder that was labeled “personal,” opened the envelope and noticed there were classified documents inside. The lawyer closed the envelope and called NARA, the source added.

After making contact with NARA, Biden’s team turned over several boxes in an abundance of caution, even though many of the boxes contained personal materials, the source continued.

Biden stated Tuesday that he did not know that some classified documents had been taken to his private office after he had left the vice presidency and that his attorneys “did what they should have done” by immediately calling the National Archives.

“I was surprised to learn there were any government records that were taken there to that office,” Biden said in response to a reporter’s question at a news conference in Mexico City, where he was attending a trilateral summit with the leaders of Mexico and Canada.

The documents, the president noted, were found in “a box, locked cabinet – or at least a closet.”

Lausch has already completed the initial part of his inquiry and provided his preliminary findings to Garland, a law enforcement source said.

That means Garland now must decide how to proceed. Garland was also personally involved in some of the key decision-making related to the Trump documents investigation and the decision to send the FBI to search Mar-a-Lago.

In the Trump matter, Garland tapped special counsel Jack Smith to take over both the criminal investigation into Trump’s post-2020 election activities and the inquiry into classified documents the former president had taken to his Florida resort. The Biden probe is nowhere near that stage.

Garland chose to have Lausch conduct the Biden documents investigation because he is one of two remaining Trump-appointed US attorneys, and to avoid the appearance of conflict of interest because he wasn’t appointed by Biden, people briefed on the matter said.

In addition to Garland, Lausch has also conducted additional briefings with other Justice Department officials.

At this point, the source added, Lausch is not expected to undertake additional “fact gathering.”

In an awkward moment on Monday, Garland was sitting alongside Biden at a diplomatic summit in Mexico while reporters shouted questions about the probe. Both men ignored the questions.

Lausch was one of the rare Trump-era holdovers who wasn’t told to resign after Biden’s inauguration in 2021, and Illinois’ two Democratic senators supported the decision to keep him at his post in part because he was handling the politically sensitive investigation of Michael Madigan, the former Democratic Illinois House speaker indicted on corruption charges.