US in No Position to Comment on Iran’s Missiles: Zarif 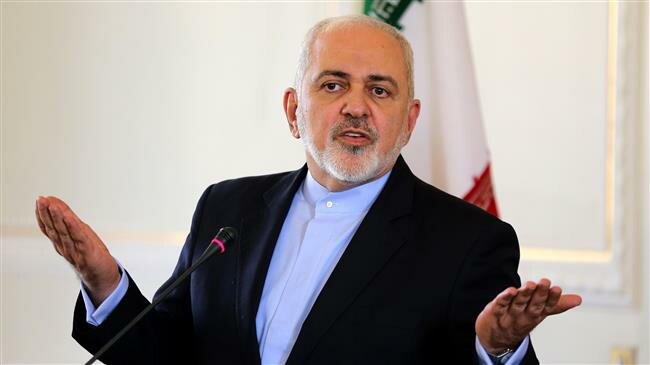 In an interview with The Washington Times this week, Pompeo once again reaffirmed the US administration’s strategy of applying economic pressure on Iran.

“The objectives are to change the behavior of the Islamic Republic of Iran. … No terror around the world, no expeditionary terror around the world, put your missile program back inside a set of constraints that had been identified in UN Security Council Resolution 2231 and … have a permanent commitment not to develop your nuclear program,” Pompeo said.

Resolution 2231 endorsed the multilateral nuclear accord, officially known as the Joint Comprehensive Plan of Action (JCPOA), which was signed between Iran and the major world powers, including the United States, in 2015.

Under the JCPOA, Iran undertook to put limits on its nuclear program in exchange for the removal of nuclear-related sanctions imposed against Tehran. However, US President Donald Trump pulled his country out of the JCPOA in May 2018 and re-imposed harsh sanctions against the Islamic Republic in defiance of global criticisms.

The US administration claims that Tehran had violated the JCPOA with a series of ballistic missiles tests over the past four years.

In his tweet, Zarif said the US and its allies are in no position to criticize the Islamic Republic’s missile program and lashed out at the West for making arms deals with the countries that are killing the Yemeni people.

“The US—which violated UNSCR 2231 in withdrawing from JCPOA—or its allies (in violation of its provision on normalizing economic relations w/Iran) are in no position to push a conceited interpretation of its missile provision while pouring weapons into hands that kill Yemenis,” the top Iranian diplomat said.

An American think tank said in April that it has found new data showing US arms deals with Saudi Arabia and the UAE are “dramatically understated” and billions more than previously reported.

The data collected by arms trade watchdog Security Assistance Monitor (SAM) shows the US has struck at least $68.2 billion worth of deals with the two countries since they started their war in Yemen.

In another tweet, Zarif said that Resolution 2231 has “called upon” Iran not to undertake any activity aimed at designing ballistic missiles capable of carrying nuclear warheads.

He emphasized that the Security Council resolution does not enforces any prohibition in this regard.

French President Emmanuel Macron also on Thursday accused Tehran of making efforts to achieve nuclear arms and said France and the US both wanted to stop Tehran getting nuclear arms and new talks should focus on curbing its ballistic missiles program and on other issues.

In a Thursday meeting with the US president, Macron listed four common priorities of the US and France in addressing “Iranian behavior”: preventing Iran from getting a nuclear weapon, reducing Iran’s ballistic activity, containing Iran’s regional activity and establishing peace in the region.

However, Iranian Foreign Ministry Spokesman Abbas Moussavi rejected French calls for wider international talks over its nuclear program and said Macron’s comments will be of no help to saving the Iran nuclear deal and will just further deepen distrust among its signatories.

Meanwhile, during a meeting with heads of international news agencies on Thursday, Russian President Vladimir Putin once again stressed the importance of preserving the multilateral nuclear agreement, saying Moscow does not approve of “what is being done against Iran.”

In reaction to Macron’s remarks, the Russian leader drew a line between Iran’s nuclear and missile programs and said, “Yes, someone may be concerned by Iran’s missile programs. But that’s a different problem.”