Iran Front Page
Home Politics Nuclear US Has Not Done Its Best in Implementation of Nuclear Deal: Zarif 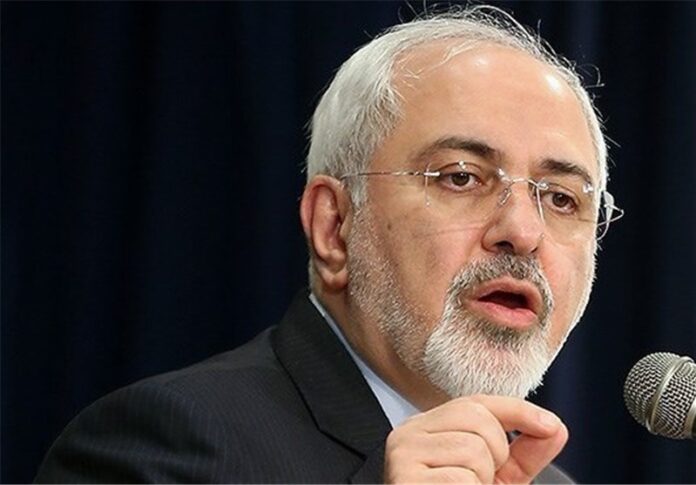 Iranian Foreign Minister Mohammad Javad Zarif criticized the US over its failure to carry out its commitments as per the last year’s nuclear deal in the best way possible.

Here’s IFP’s translation of the Foreign Minister’s interview with Fars, which was published on July 14, the 1-year anniversary of the nuclear deal between Tehran and world powers, known as JCPOA.

“We all have criticisms of the performance of Americans in [the implementation of] the nuclear deal, and we have explicitly voiced our criticisms,” Zarif said in the interview.

“As a deal that resulted from negotiations between different parties, the JCPOA does not include all stances of any of the sides; it rather includes the stances held by all sides.”

“The important point is that the entire world believes the Islamic Republic of Iran maintained its honour in the nuclear talks, and managed to establish its nuclear rights and end the United Nations Security Council resolutions and the cruel anti-Iran sanctions.”

“If the sanctions had continued, Iran’s oil sales would have decreased to zero, and all banking transactions stopped.”

“I don’t think there is even a single unbiased observer who believes what the Islamic Republic of Iran gained from the JCPOA has been unilaterally detrimental for the country,” he went on to say.

He further raised the question whether all international deals and agreements – the legally enforceable ones – are fully observed.

“No,” he answered. “It is normal. Each side of the deal should do its best to make the most use of the situation so as to encourage and force the other sides to do their commitments.”

“This is a balanced view of the nuclear deal,” Zarif added.

“I think the country has had behaved prudently under the guidance of the Leader of the Islamic Revolution. We have made good progress.”

“We cannot change the nature of other countries. Americans have a particular nature, and act based on the very nature,” he noted.

“Everyone is saying that the US has not implemented the JCPOA in the best way possible,” Zarif said, in reaction to his deputies’ remarks about the deficiencies of JCPOA implementation.

“Don’t ever forget in what situation the country was. Don’t forget what mental atmosphere had been imposed on the country. It will take time to have the atmosphere eased.”

“The interesting point is that those who created such a mental atmosphere in the world are now critical of those who are trying to ease the situation,” he said.