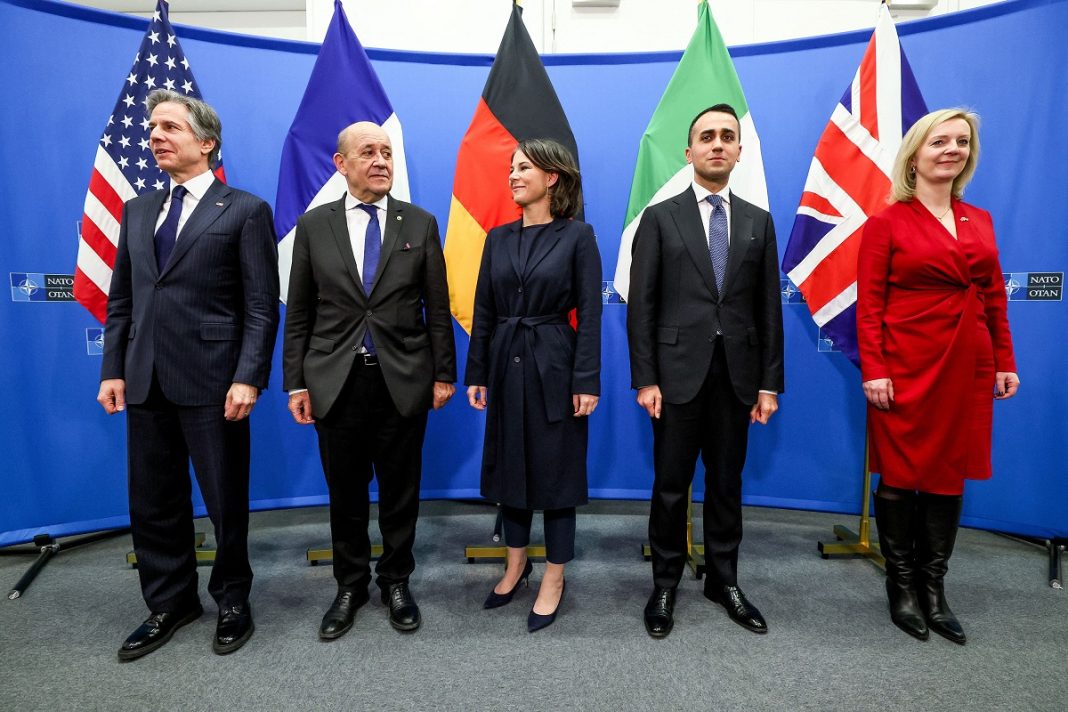 “The secretary of state again strongly condemned the reported atrocities by President Vladimir Putin’s forces in Bucha and across Ukraine and called for accountability. He and his counterparts discussed how best to continue working to isolate the Russian Federation on the international stage for its flagrant violation of international law and principles, to increase pressure on the Kremlin, and to advance a swift end its devastating war against Ukraine,” he added.

“They also discussed plans to provide additional humanitarian and security assistance to Ukraine,” the spokesperson continued.

“Prior to this meeting, Blinken met with his E3 counterparts to discuss our common resolve to ensure that Iran never acquires a nuclear weapon,” Price said.

“They agreed that a diplomatic solution entailing a mutual return to full implementation of the JCPOA is the best outcome, but noted that we are prepared for other scenarios if necessary,” Price added.

Iran said some key issues between Tehran and Washington remain to be resolved. Foreign Minister Hossein Amir Abdolahian underlined Iran’s seriousness about reaching a good and lasting deal if the US side acts realistically.