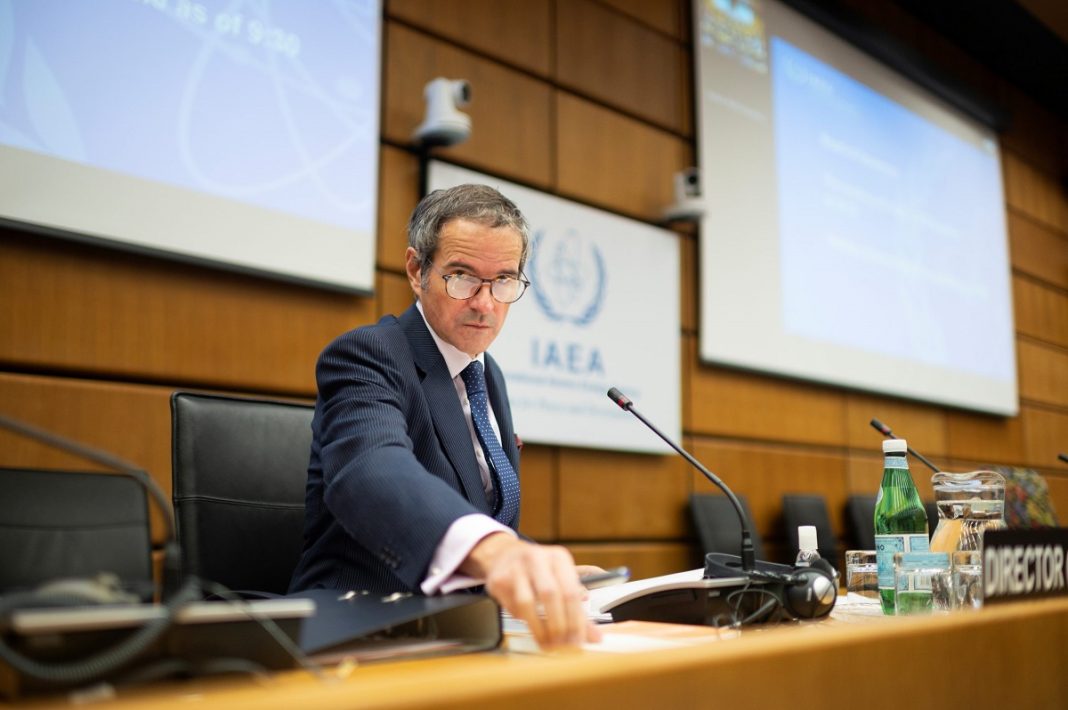 The United States is planning to join the United Kingdom, France, and Germany in their push for an International Atomic Energy Agency (IAEA) resolution calling on Iran to fully cooperate with the UN nuclear watchdog, the State Department confirmed on Thursday.

“We can confirm that we plan to join the UK, France and Germany in seeking a resolution focused on the need for Iran to fully cooperate with the IAEA,” State Department spokesman Ned Price said ahead of a meeting next week.

He stated that the latest report by the International Atomic Energy Agency raised “very serious concerns that Iran has failed to credibly respond” to the Vienna-based body’s questions.

“It is essential that Iran does fully comply with its legally binding obligations” under the nuclear Non-Proliferation Treaty, Price told reporters.

The forthcoming meeting of the IAEA Board of Governors comes as a pause in the negotiations to revive the nuclear deal enters its third month, with prospects described by Washington as “tenuous at best.” Iran blames the US and its three European allies – France, Britain, and Germany – for failing to act constructively.

Earlier on Thursday, Iran’s Foreign Minister Hossein Amirabdollahian warned against any political interference in the technical affairs of the IAEA, describing such interference as “unconstructive.”

On Wednesday, Iran’s Foreign Ministry spokesman warned that Iran will respond strongly to any “unconstructive move” at the Board of Governors’ meeting.

Saeed Khatibzadeh stated Iran’s nuclear program is entirely peaceful and it will “naturally respond strongly and appropriately to any unconstructive move” at the IAEA Board of Governors meeting.