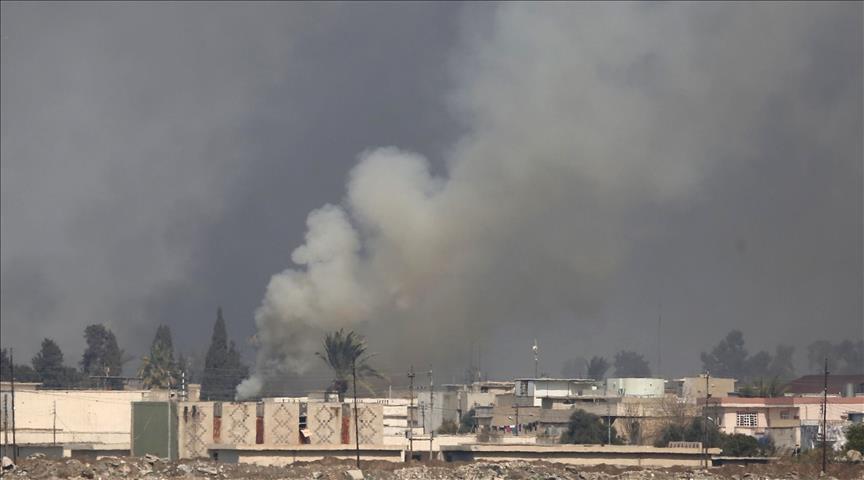 A US-led coalition warplane has ‘mistakenly’ fired two missiles into a train station, where several Iraqi captives held by ISIS as hostage were held.

At least 33 former members of Iraqi security forces were killed in a US-led coalition raid in western Mosul on Monday, according to a local police officer.

Federal police officer Abdullah al-Mayahi said ISIS militants had held dozens of former members of the security forces to question them about an alleged collaboration with the Iraqi army.

He said a coalition warplane mistakenly fired two missiles into a train station, where the captives were held.

According to al-Mayahi, a number of ISIS militants were killed and injured in the airstrikes.

“ISIS has tried to cover up its crime by claiming that the bombed site was hosting refugee families,” the police officer said.

The offensive came as part of a wider campaign launched last October to retake the entire city, which ISIS overran — along with much of northern and western Iraq — in mid-2014.