Secretary General of the World Tourism Organization Zurab Pololikashvili, who is in Iran to attend a  summit, says his visit to the country is aimed at putting the global body’s weight behind Iran’s tourism industry amid the US sanctions.

Pololikashvili on Monday praised the Iranian people’s warm hospitality and said it plays a key role in tourism industry along with culture and architecture.

“I thank the government of the Islamic Republic for putting tourism on top of its priorities and adopting measures to press ahead related issues,” he said after touring some historical sites in Tehran.

He also described Iran as an attractive country in terms of tourism and added “we have come to Iran to promote Iran’s tourism industry and our presence here reveals that Iran enjoys lots of tourist attractions.”

Pololikashvili, who arrived in Iran Sunday, was taken on a tour of Sa’dabad and Golestan palaces in northern and central Tehran and held talks with Iranian Foreign Minister Mohammad Javad Zarif before attending the 40th Plenary Session of the Affiliate Members of the World Tourism Organization in the city of Hamadan.

The international meeting attended by delegates from 27 countries began earlier Monday and will last until November 16.

Pololikashvili referred to the presence of the foreign delegations in the event and said the organization should take advantage of the chance and prepare the ground for establishing commercial and tourist ties between the participating countries.

He also expressed satisfaction with holding the event in the Iranian city of Hamedan instead of Tehran or Isfahan and said “we are determined to promote Hamadan as a new tourist destination to the world.”

During his visits to the historical complexes in Tehran, Pololikashvili was accompanied by the Head of Cultural Heritage, Handicrafts and Tourism Organization Ali Asghar Mounesan.

After a meeting with the UNWTO chief, Mounesan said Iran is among the top ten countries in terms of tourism capacities and has called on the secretary general of World Tourism Organization to offer support to Iran to further promote the country in the world as a tourist destination. 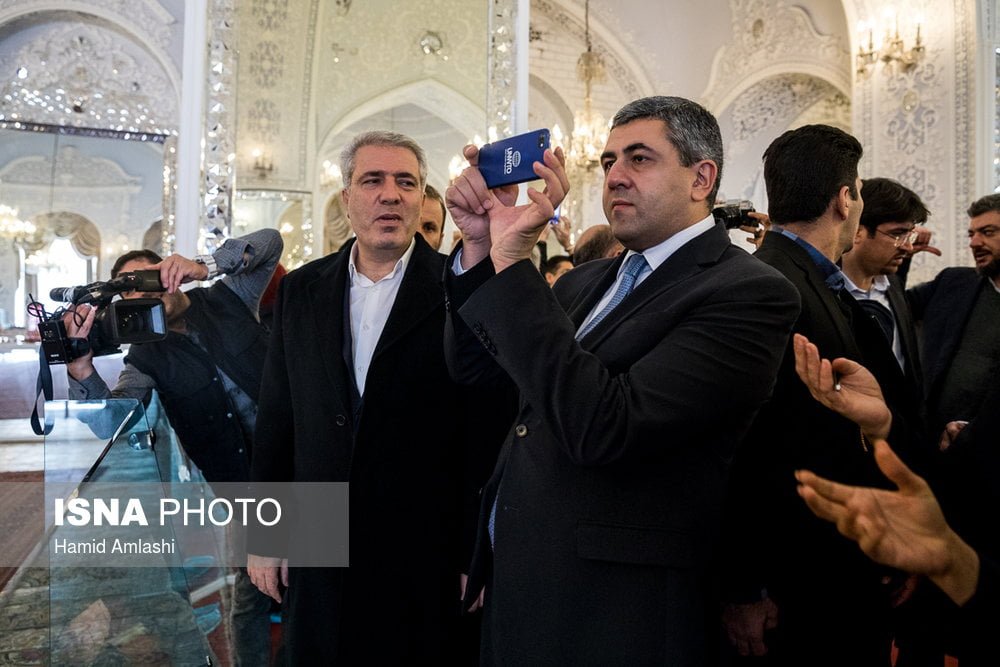