Unification of Forex Rates Pre-Emptive Response to US Plot: Iran 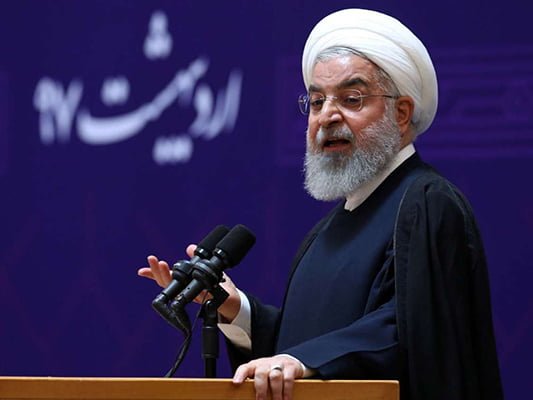 Iranian President Hassan Rouhani has defended his government’s plan to unify official and free market exchange rates for the Iranian currency rial against the US dollar, saying it foiled a plot hatched by Washington to foment economic instability in Iran.

Speaking in a meeting with senior government executives on Saturday, Rouhani said the recent unification was a response to an economic plot to decrease the value of the Iranian currency rial.

“They were hoping that they could depress the domestic market if they would take steps against the Iranian nation on May 12,” Rouhani said, referring to a deadline set by US President Donald Trump to make decision about the Iran nuclear deal.

The unification was a slap in the face of Trump, Rouhani added.

Trump has threatened that he will return US sanctions on Iran unless the so-called flaws of the 2015 nuclear deal are fixed.

“The plot they designed has been foiled,” Rouhani said.

Rial had lost close to half of its value on the free market since September before authorities implemented a plan to unify official and free-market exchange rates for the rial in favour of a single rate set at 42,000 against the US dollar earlier this month.

The Iranian government has also decided to replace dollar with Euro in its international transactions.