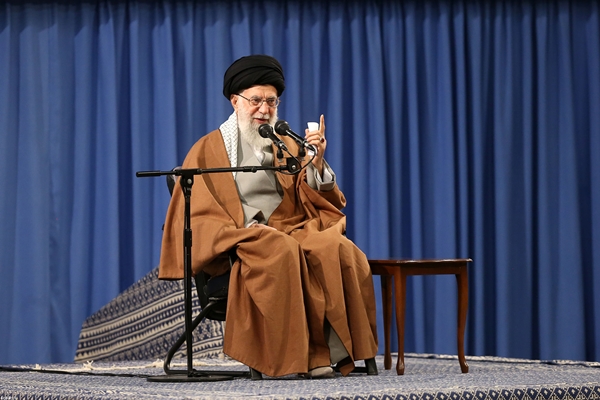 Leader of Iran’s Islamic Revolution Ayatollah Seyyed Ali Khamenei says the West seeks to train soldiers and bondmen for the United States and the United Kingdom by implementing the UNESCO’s Education 2030 Agenda.

The reason why they work on the 2030 agenda is because of the instructions and recommendations in this document say education should set students’ mindset based on Western thinking and lifestyle, the Leader said on Wednesday.

This means they want to train soldiers for the UK and the US and the rest of these tie-wearing and perfume-wearing savages, he added.

Ayatollah Khamenei stressed these are the same ones who kill people and help the assassins, without batting an eyelid.

“They say as we need their money we help them. Now, they want us to train soldiers in Muslim countries for them. This is 2030.”

Ayatollah Khamenei made the remarks during his Wednesday meeting with a group of teachers on the occasion of National Teachers’ Day.

He also said that teachers, in fact, are creating cultural identities so that the society adopts an identity.

“Civilisation is reliant on culture. If culture is not rich, civilisation does not come into existence. This reveals the significance of 2030 agenda. The gist of this document is that our educational system should teach the children a lifestyle and philosophy based on Western principles. That means, you the teachers train soldiers for the west in your classrooms.”

Back in 2017, Ayatollah Khamenei strongly criticised the cabinet’s adoption of a UN-devised global education agenda – known as Education 2030 – saying documents founded on “corrupt and devastating Western lifestyle” are unacceptable in Islamic Iran.

He said the enemies do not appear to be in battle array militarily, but their armed forces are watching us carefully.

Ayatollah Khamenei stressed that “people’s unity is a must and the US and Zionists will fail.”

He said enemies have been engaged in acts of aggression against Iran in different spheres, including intelligence, politics, and economy.