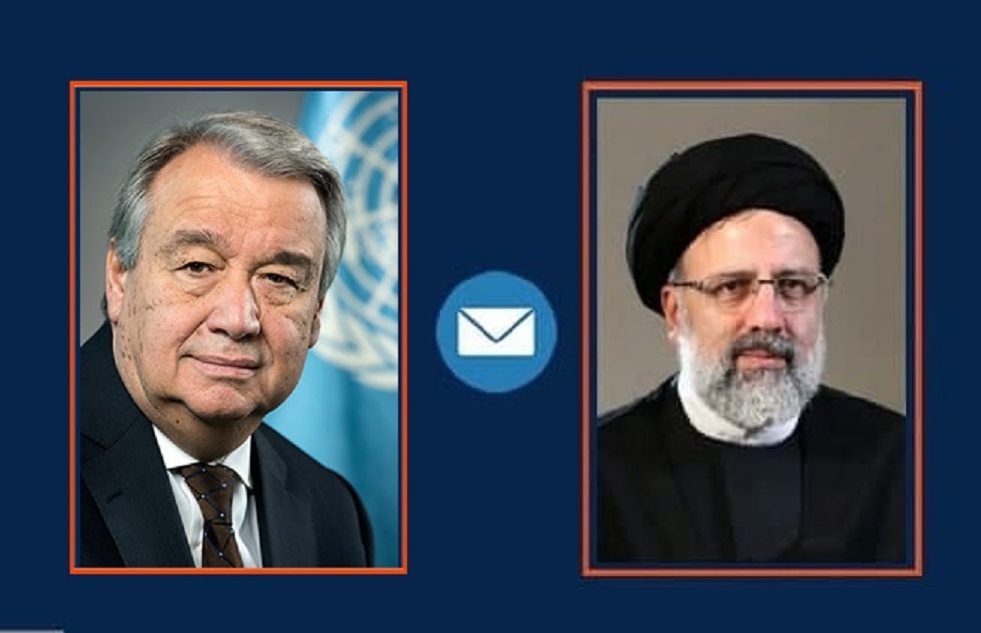 Antonio Guterres congratulated Raeisi on his victory in the June presidential election and said the UN is ready to work with Iran to achieve peace, security, and development in the world.

“Simultaneously with your presidency, your country, region, and the world are at a critical juncture”, he said, adding, “Today, we face many common challenges, including the Covid-19 pandemic, climate change, and long and devastating conflicts in the Middle East.”

He also said Iran has remarkable human and natural resources and this can improve the well-being of Iranians, as well as other world nations.

The UN chief said, “The United Nations and I personally are interested in working with the new government under your administration to achieve peace and security, sustainable development and human rights around the world”.

“I count on working with your administration to advance the values and principles of the United Nations Charter”, he added.

At the end of his message, Guterres said, “Your Excellency, please accept my best wishes and best regards”.

Some foreign based anti-Iran groups including the MEK have waged a campaign against the Iranian president, claiming he committed human rights violations in Iran in the 1980s. They say Raeisi should not be allowed to attend the upcoming UN General Assembly summit. The Iranian President denies involvement in any rights abuses. He says whatever he did was to defend human rights.