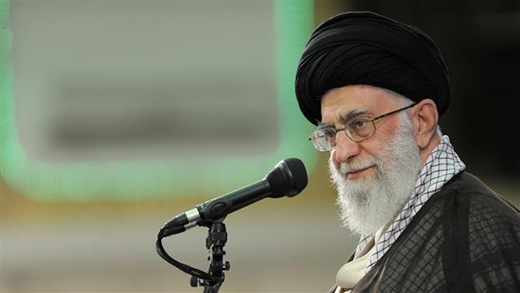 Sanctions against Iran have been imposed because Iran has emerged as a nation, a movement and an identity guided by principles against the hegemonic system, said the Supreme Leader.

Leader of the Islamic Revolution Ayatollah Seyyed Ali Khamenei says the sanctions against Iran have nothing to do with the country’s nuclear activities or human rights record, adding that there are other motives behind the bans.

Addressing a group of university professors and researchers on Saturday night, Ayatollah Khamenei said those who have imposed sanctions on Iran are themselves the ones who foster terrorism and commit human rights violations.

The Leader said the sanctions against Iran have been imposed because the Islamic Republic has emerged as a nation, a movement and an identity guided by principles against the hegemonic system.

“Their objective is to prevent Iran from reaching a prominent civilizational status,” Ayatollah Khamenei said.

The Leader also highlighted the special role of professors in educating a generation of self-reliable, confident and diligent youth who will further Iran’s march toward progress.