UK Minister in Tehran to Discuss Business Ties despite US Bans 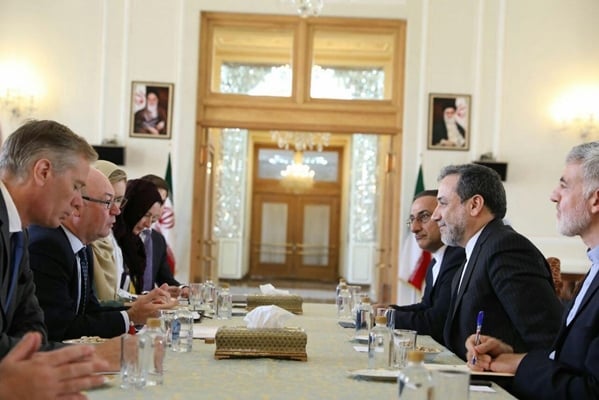 Iran and Britain are slated to hold a new round of bilateral talks in the Iranian capital Tehran on September 1, defying the US sanctions re-imposed by the Trump administration.

According to the Iranian Foreign Ministry’s Centre for Public Diplomacy and Media Affairs, the new round of talks between the Islamic Republic and the UK will be held on Saturday with the participation of Britain’s Minister of State for the Middle East and North Africa Alistair Burt.

Bilateral economic cooperation is the main topic of the talks in the aftermath of the withdrawal of the United States from the JCPOA. The other issue on the agenda is the financial and monetary arrangements between the two countries despite the US’ unilateral sanctions.

The parties will also discuss the latest regional developments. The Iranian delegation will be headed by Deputy Foreign Minister for Political Affairs Seyyed Abbas Araqchi.

The junior British minister arrived in Tehran on Friday in the first visit to the Islamic Republic by a UK official since Donald Trump withdrew the US from the 2015 nuclear accord.

Burt’s visit comes as the UK and other European parties to the agreement say they are making efforts to keep it alive while Trump is re-imposing sanctions on Iran.