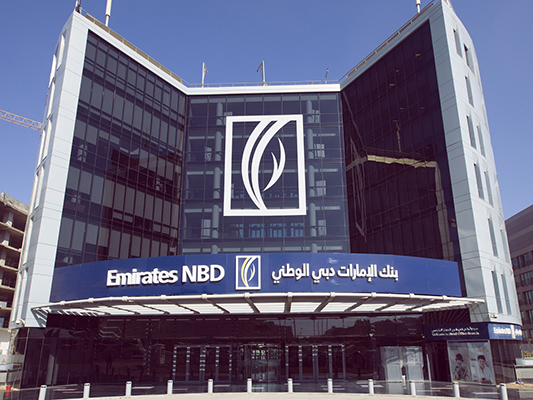 A group of Iranian tradesmen say Emirates NBD, one of the largest banking groups in the Middle East in terms of assets, has stopped offering banking services to them.

The NBD group has sent a letter to the tradesmen last Sunday announcing that they are not allowed any more to have economic exchanges via its banking system, a Farsi report by Mizan New Agency said.

According to the letter, a copy of which was provided to Mizan by one of the Iranian tradesman in the UAE, the NBD banking group claimed their accounts are no longer legally acceptable. The bank has reached the conclusion based on the investigations conducted on the accounts of some Iranian tradesman. 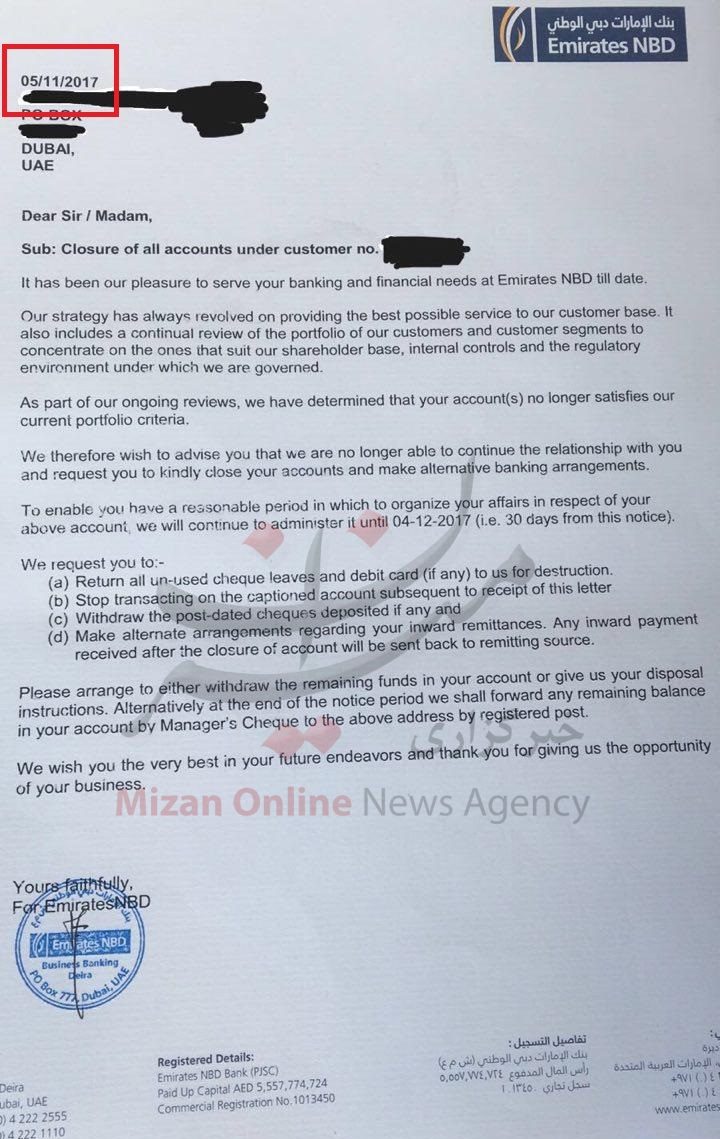 The letter has been sent to the tradesmen on November 5 without any further explanation.

The banking group has also informed the Iranian tradesmen that “we are no longer able to work with you.”

So, the tradesmen have been recommended to close their accounts and choose another bank for economic exchanges.

In the letter, NBD has set a short deadline (one month) for the Iranian businesspeople to transfer their money to other banking groups.

The Iranian businesspeople say they experienced a similar problem four years ago but it was settled after a while.

The NBD banking group has called on the Iranian tradesmen to:

Return their unused check books to the bank for nullification,

Stop all their economic exchanges made via their NBD account,

Get back any signed checks given to others as of November 5.

NBD Decision, a Declaration of War against Iran?

The NBD banking group also called on the tradesmen to close their accounts otherwise the group itself will close them and post their deposits to their address.

Mizan said it is still following up the issue with the related Iranian officials and institutions.