US Artist: Emergency Landing in Iran Good Chance to Get to Know People 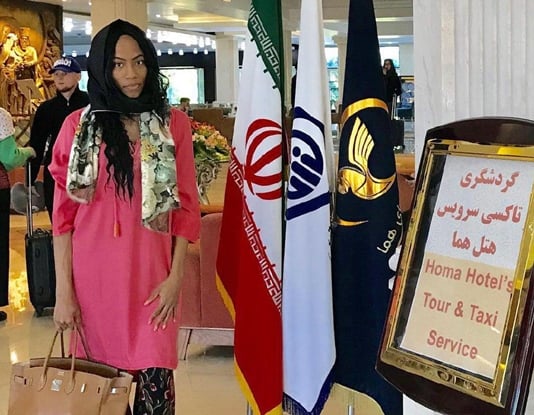 An American fashion artist says the emergency landing of her flight in Iran was a great opportunity for her to get to know the country and its people.

Around two weeks ago, Ms Dawnn Karen was on a Boeing 737 en route from Dubai to Norway when the plane had to make an emergency landing at an airport in the southern Iranian city of Shiraz due to a failure in one of engines.

The aircraft touched down at the airport with 170 passengers and 18 crew members on board. The passengers, including Karen, were housed in some hotels of Shiraz for a few hours until another plane arrives.

She is a clothing psychologist who has worked for various media outlets in more than 35 countries, notably New York Times. After watching the breaking news of the emergency landing is posted by the Twitter account of the Islamic Republic’s News Agency (IRNA), she enthusiastically announced her readiness to recount the story of her short stay in Shiraz. 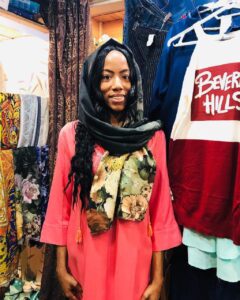 She told IRNA that as an American in the city she had a very pleasant experience, thanking Iranians for their hospitality. Karen said she never allowed politics to affect her view on Iran and her first-hand experience of the country was totally different from the image portrayed by the Westerners.

Karen then mentioned a few examples of Iranians’ hospitality and kindness. She said she had asked Iranians to provide her with an Internet access so she could contact her family in the United States and inform them she was safe.

This American artist says she asked a Shirazi woman how to properly wear a shawl (hijab) and she taught him.

She said her unfortunate emergency landing in Iran ended up an opportunity for her.

She said it was a harrowing experience to see one of the plane’s engines stop working and the plane beginning to descend, but it was a chance for her to know about the philosophy behind Iranian women’s clothing, boosting her knowledge of the psychology of fashion.

Karen says as a fashion psychologist, she seeks to uncover hidden facts about people’s clothing, and this landing allowed her to get familiar with the Iranian culture of fashion.