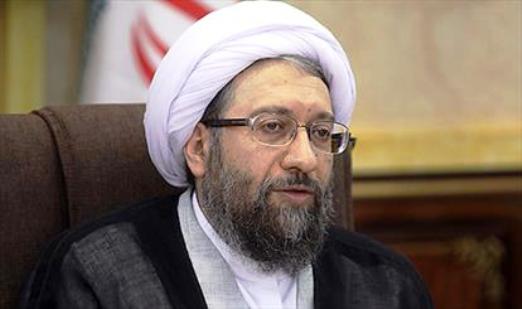 The Judiciary chief has said that Iran’s economic problems and their solutions have nothing to do with the ongoing nuclear talks.

Iran’s Judiciary Chief has said that the country’s economic problems and their solutions must not be tied to nuclear negotiations.

Judiciary Chief Ayatollah Sadegh Amoli Larijani made the remarks at a meeting with the Supreme Judicial Court officials, saying that the way out of economic issues was through ‘high self-esteem’ and relying on ‘resistance economy.’

He also stressed that nuclear negotiations must proceed within the framework of national interests and adherence to the Islamic Republic’s red lines, saying, “One must not tie economic issues to nuclear talks. Iran is a rich country with plentiful resources and hardworking intellectuals. By relying on our natural and human resources we have no reason to be afraid of sanctions and enemies’ economic plots.”

He noted that linking the nuclear talks to economic problems was a kind of ‘reassurance’ for the enemies, and warned the officials and the media not to encourage the enemies’ plots with their ‘despairing’ debates.

“Western countries must know that a country such as Iran with its massive natural and human resources will never back down and has no fear should the sanctions remain,” he said, stressing that Iranian nation’s resilience and determination was the country’s greatest asset.

In his remarks, Amoli Larijani strongly condemned the arrest of Bahraini top opposition figure Sheikh Ali Salman, and said that the Bahraini government backed by Western countries particularly the US and Britain was mistreating its own people.