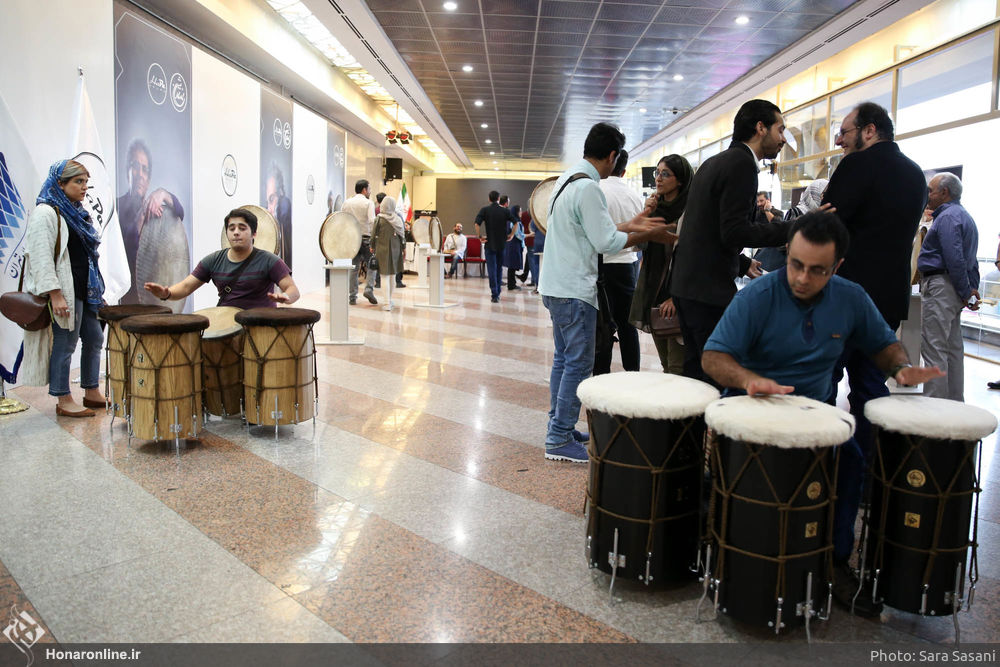 In a ceremony in Tehran, two new percussion instruments called ‘Daf-e Kooki’ (a type of frame drum) and ‘Dom Dom’ (a kind of double-headed drum) were unveiled.

The two percussion instruments have been made by Mohsen Farmani, an Iranian instrument designer.

According to a Farsi report by ILNA, the instruments were unveiled in a ceremony at Milad Tower in the Iranian capital, Tehran.

Commenting on the features of the instruments, he said ‘Dom Dom’ is an instrument indigenous to Iran’s southern regions, adding Nasiri has always used the instruments in his performances.

“However, due to the instrument’s physical and structural problems, its old version has never been much favoured by other musicians. We made a number of changes to the instrument and invented a new kind of it.”

He added the number of wood pieces used in building the instrument and their type are what make ‘Daf-e Kooki’ different from other instruments of its kind.

Built using modern lathes, Farmani said, the instrument is made up of 60 wood bits.

He noted that a 1-kilogram version of the instrument was earlier made in Spain, adding, “What we have made weighs 650 grams which is way lighter than the Spanish one and common Dafs.”

Here are Honar Online’s photos of the ceremony where the two instruments were unveiled: