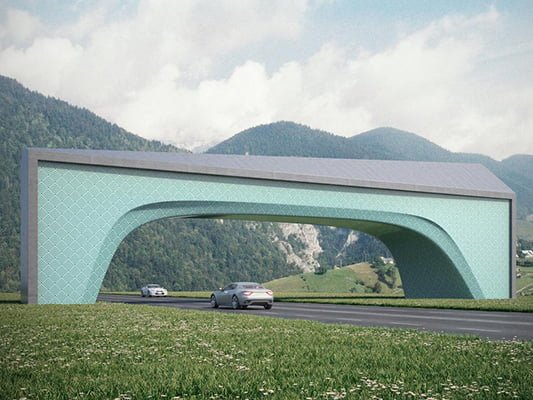 Two Iranian architects, who had participated in A’ Design Awards and Competition with a project called “Darvazeh Gilan” (Gate of Gilan), have been honoured by the jury.

The A’ Design Award and Competition is a prestigious international competition aimed at highlighting the excellent qualifications of best designs, design concepts and design oriented products worldwide.

In the 2018 edition of the competition, an unprecedented number of Iranian architects managed to win the top prizes.

The Entrance Gate of Gilan province, a structure which is to be built in the Heyran village of the Astara border town based on a design by Nima and Sina Keivani, was among the works that failed to win a prize, but was honoured by the jury of the competition in Italy.

According to a Farsi report by Mehr News Agency, the Keyvani brothers had earlier won a silver A’ Design Award for their construction and interior design of a building in Kiev, Ukraine, called “Mehr-Khaneh” last year.

Inspired by the Iranian culture and the nature of the Gilan province, these two brothers designed the “Gate of Gilan” this year and managed to grab the attention of the jury and gain their appreciation.

“In the designing of this building, the regional elements are observed. One of these elements is the use of sloped roofs as the main frame for the design, which is the general form of the traditional houses in the region,” Nima Keivani says.

“Another thing is the natural elements of the region. The Caspian Sea, forests, and winding roads are the other symbols of this region, which are used in the designing of this structure. The curved style used in the lower part, the blue color, the sea wave pattern alongside the single cypress tree are the elements of Gilan region that can grab the attention of anyone who enters through this gate,” he added. 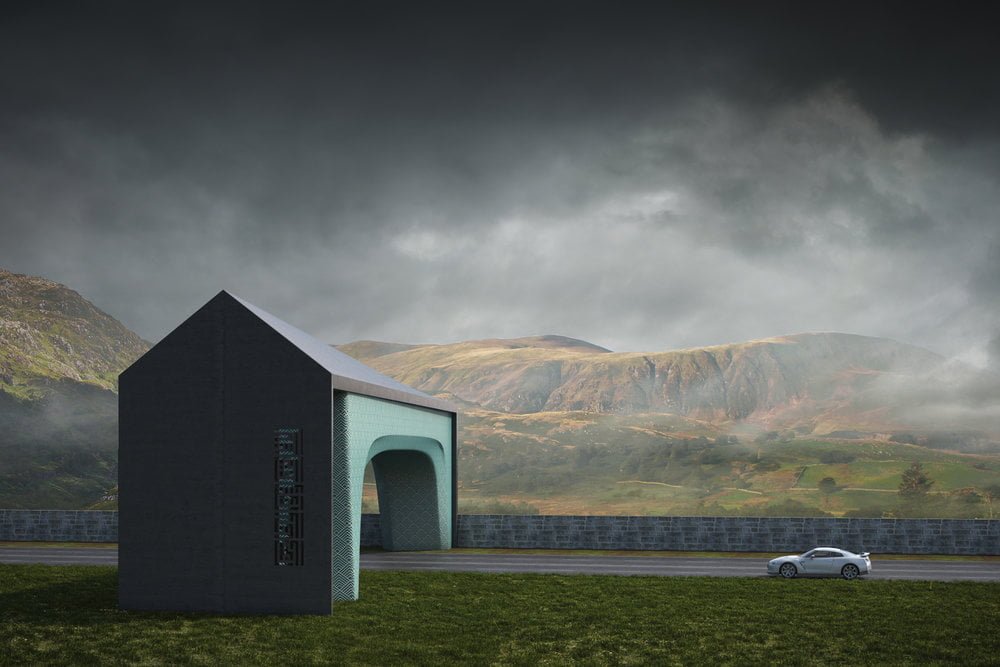 The gates of cities are somehow symbols of their identity, he noted, adding that in an era with, more or less, homogeneous forms of cities, this has been the main inspiring idea for designing the project.

“This is the first time that such a gate is going to be constructed in such a region in Iran. The novel form of the gate involves a set of meaningful symbols which allude to the traditional features of the location.”

“The gate is designed in a way that the viewer faces various forms from different angles. Those who approach the entrance receive a sense of entering a green area by its curvy design and the way the tree is designed in it. From another angle, you see a traditional house of the region being viewed in a winding road before arriving at the gate. Actually, when you move towards the gate, you see the changes of its form during various times. On the other hand, since the overall design is inspired by the architecture and nature of the region, there is a good interplay between the building and the nature around it,” added Keivani.

This year a record-breaking number of Iranian architects managed to bag the prestigious award in many sections.

Nowruz Khani, a tradition marking arrival of spring in Guilan