Twenty reasons why Iran does not trust the US 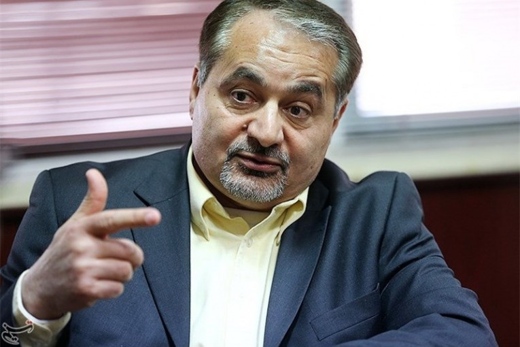 A former Iranian nuclear negotiator says that the United States is the number-one threat to Iran’s national security, setting out 20 reasons why Tehran cannot trust Washington.

A former Iranian nuclear negotiator says that the United States is the number-one threat to Iran’s national security.

Hossein Mousavian has made the comment in a 40-minute speech at the United States Army War College (USAWC) on ties between Iran and the US and set out 20 reasons why Tehran cannot trust Washington. Alef.ir on June 22 published a report on his remarks at the USAWC and the reactions he drew from American servicemen.

As many as 380 senior US Army, Navy and Air Force colonels – bound for the rank of general in two years – were on hand for the event which was followed by a 50-minute Q and A. A three-minute ovation marked the end of Mousavian’s remarks, with the event’s manager saying such an unprecedented applause shows the ranking US officers were satisfied with the speech and Mousavian’s answers to their questions.

The following is the translation of his remarks and the 20 reasons for Iran’s mistrust in the US:

2. The US and Britain staged a coup against the elected national government of Mohammad Mosadegh in 1953 and stifled democracy in Iran for 25 years.

3. The US and its Western allies supported the corrupt and dictatorial government of the Shah in Iran for 25 years. Iran’s Islamic Revolution was in fact a reaction to this US policy.

5. After the 1979 Islamic Revolution, the US and its Western allies left billions of dollars in industrial projects unfinished, whereas contractually they had to finish the projects for which they had received money.

6. In 1980, Saddam invaded Iran to partition the country. The US together with Eastern and Western powers supported the invader whose aggression claimed 300,000 lives, left one million wounded, displaced two million people and cost Iran $1,000 billion in losses.

7. During the Iran-Iraq war, the US and its Western allies provided Saddam’s Iraq with technology and ingredients needed to develop chemical weapons. Saddam used chemical weapons against Iran and left around 100,000 casualties in Iran.

8. During the Iraqi-imposed war against Iran, the US bombed Iran’s oil facilities launching its biggest naval operation after the Second World War against Iran.

9. During the Iraqi invasion of Iran, the US shot down an Iranian passenger plane over the Persian Gulf, killing 290 people, including 66 children.

10. During the presidency of Hashemi Rafsanjani, Iran accepted an offer of “goodwill begets goodwill” by George Bush 41 to facilitate the release of Western hostages in Lebanon, but after the release of hostages, the US ratcheted up sanctions and pressures instead.

11. When [Mohammad] Khatami was president, Iran cooperated with the US Army to topple Al-Qaeda and the Taliban [in Afghanistan], but in response, President Bush 43 branded Iran as [part of] “an axis of evil”.

12. Even when President Ahmadinejad was in office, Iran displayed goodwill to solve the issues it had with the US. I just mention the measures Iran took in 2011 under Ahmadinejad:

A. A deputy Iranian foreign minister invited US Special Representative to Afghanistan [and Pakistan] Marc Grossman for an official visit to Iran for talks on [bilateral] cooperation in Afghanistan, but Washington turned down the invitation.

B. Iran backed the Russian-proposed step-by-step nuclear plan, but the US failed to accept that. The framework of the Russian plan is the basis of the current nuclear agreement.

C. Iran presented a “five-year full inspection” proposal to the International Atomic Energy Agency, and the US rejected it.

E. Iran proposed to stop 20-percent enrichment and reduce it to five percent in return for receiving [nuclear] fuel for Tehran Reactor, but the US did not accept the offer.

Despite Iran’s unprecedented measures in good faith, the US and its Western allies heightened the sanctions and released resolutions against Iran in the UN Security Council on terrorism and human rights.

13. From the beginning of the revolution, the US has defied Iran’s natural position and its legitimate interests in the region.

14. The US has militarized the region by sending unprecedented shipments of weapons to Arab nations, but has imposed a blanket weapons ban on Iran.

15. The US has had a military presence along all Iranian borders.

16. The US has lent unwavering support to Israel causing the legitimate rights of Palestinians to be trampled. Israel easily violates international rules and regulations thanks to the blank check it has been given by the US.

17. The US that claims to be a supporter of democracy and human rights has only supported dictatorial regimes in the Middle East over the past decades, from [Iran’s] shah, bin Ali [in Tunisia] and Mubarak [in Egypt] to the current unjust Arab regimes.

18. Washington has pursued double-standards. For instance, it has established strategic ties with India, Pakistan and Israel which have not signed the NPT and have all developed nuclear bombs. However, the US has imposed sanctions on an Iran which has inked the NPT and has no atomic bombs, with no sign of any diversion in its atomic program.

19. The US backs terrorist groups, both those which are opposed to Bashar Assad in Syria and those against the Islamic Republic, including Jundallah [also known as People’s Resistance Movement of Iran (PRMI)] or MKO which has killed 17,000 Iranians after the revolution and has an office near the US Congress.

20. From the beginning of the revolution, the US has showed objection to Iran’s legitimate nuclear rights. Iran suffered billions of dollars in losses. The US charged Iran for the Tehran Reactor, but it made no refunds, nor did it provide Iran with the reactor. Washington exerted pressures on Germany and France to renege on their commitments.

Iran had paid Germany around 8 billion marks for Bushehr [Nuclear Power Plant] project which was 90 percent complete. Iran had paid France $1.2 billion for joint fuel production on French soil. When Iran acquired the enrichment technology to supply fuel [for its reactor], the US and Israel started to defy Iran’s legitimate rights by launching cyber warfare and assassinating the country’s nuclear scientists.

All these measures were taken as the US intelligence community confirmed in 2007 and 2011 that Iran does not possess a nuclear bomb, nor does it have any intention of developing one. These hostile US policies are the reason behind Iran’s mistrust in the US during the ongoing nuclear talks.

In the Q and A that followed his speech, a US army officer said that he found the speech useful. What measures has the Iranian government taken to clarify the issue for the US public opinion, he asked. In response, Mousavian said,” Unfortunately, none of the governments that have risen to power after the Islamic Revolution have done anything remarkable in this regard. They have all been neglectful of this.”