Iran Leader: US Concerned over Unity among Muslim Nations 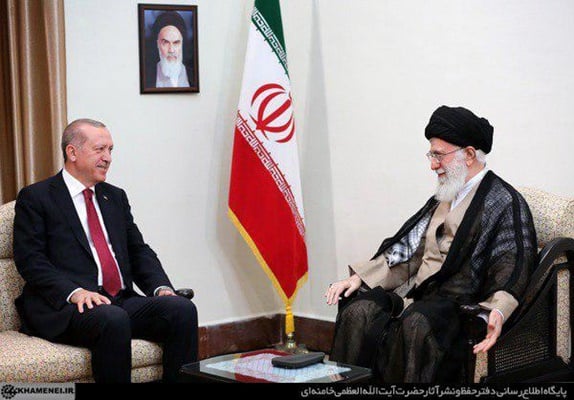 The Leader of Iran’s Islamic Revolution Ayatollah Seyyed Ali Khamenei says the US is concerned over cooperation and proximity between Muslim nations, including Iran and Turkey.

Ayatollah Khamenei made the comment in a meeting with Turkish President Recep Tayyip Erdogan in Tehran, saying the most pressing need of the Muslim world today is for Islamic states to remain united and boost synergy among one another.

“Unity and partnership among Islamic countries will definitely pave the way for the settlement of problems in the [Middle East] region, and that is why hegemonic powers led by the US have misgivings over cooperation and proximity between Islamic countries and the formation of an Islamic power,” the Leader said.

This concern, said Ayatollah Khamenei, is the reason behind the United States’ animosity and grudge toward Islamic states.

“The Islamic Republic of Iran and Turkey are two powerful and dignified countries in the region and have common motivations for the Islamic world; so, the two countries should enhance their cooperation in economic and political areas more than ever before,” said the Leader.

Ayatollah Khamenei touched upon good cooperation and relations between Tehran and Ankara since the Islamic current took power in Turkey.

“It is necessary that common points [between the two countries] be further enhanced,” the Leader noted.

The Turkish president, in turn, described the situation in the region as critical, expressing hope that regional issues will be resolved through cooperation among Islamic countries.

Erdogan said a lack of solidarity among Islamic countries is among the contributors the emergence of the current situation. He said the situation is even more sensitive given the kind of behaviour that the West shows toward independent Muslim nations, which makes it all the more necessary for Muslim countries, especially Iran and Turkey, to work together more closely.