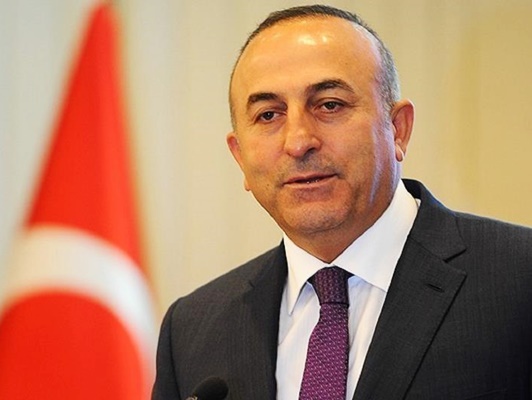 Following the escalated tensions between Iran and Turkey in recent days, Turkish Foreign Minister Mevlüt Çavuşoğlu told IRNA his government and people appreciate Tehran’s support against the coup attempt in July 2016 and would never forget the precious encouragement.

“[Our] friends [in Turkey] apparently have a weak memory… They both have a poor memory and are ungrateful toward those who have been kind to them and supportive of them,” Zarif said in an interview with Iran last Thursday.

In reaction, Turkish FM Çavuşoğlu told IRNA on the sidelines of the 22nd meeting of the ECO Council of Ministers in Islamabad, “Mohammad Javad Zarif (Iranian foreign minister) is my brother. I always underline that on the night of July 15 last year, when there was an attempted coup in Turkey, Zarif didn’t sleep and called me four times that night and I always appreciate that.”

“Iran was with us to support our government in every minute at that night while some other countries called us days and even weeks after the attempted coup.”

Çavuşoğlu also went on to say that President Erdogan and President Rouhani would meet on the sidelines of the current ECO summit in Islamabad and the two leaders would not miss any opportunity to meet each other on different occasions which indicates close and brotherly relations between the two neighbouring countries.

Commenting on Iran and Turkey’s positions on Syria, the foreign minister said, “Iran and Turkey have common understanding to maintain ceasefire in Syria and both believe in political solution to the crisis in Syria along with delivering humanitarian assistance without any discrimination.”

“Therefore, situation in Syria, Iraq and other regional issues will be discussed between the two presidents in their meeting later today,” he said.

Çavuşoğlu believes Iran and Turkey have common understanding on various issues, but they still need to enhance their efforts to further boost bilateral cooperation.

He said the interaction between people of Iran and Turkey will also be helpful to further enhance the brotherly cooperation.

Turkish top diplomat said Turkey and Iran have the high level strategic mechanisms to discuss bilateral ties including trade and transportation, energy, investment and banking, ‘but we need to redouble our efforts to further enhance our cooperation.’

He added that both Iran and Turkey are big countries, big markets and big economies and also transit countries for the transportation and also for energy.

The Turkish foreign minister said Iran is an energy producing country and Turkey is ready to transfer Iran’s gas and energy recourses to European markets.

“Iran could also be a good transit country for other energy resources in Central Asia as it is a transit country for transportation. That is why during ECO meeting I underlined the importance of Islamabad, Tehran and Istanbul road project. There are many opportunities but as I said before, first of all we need to reenergize the Economic Cooperation Organisation, we need to reform it and we need to make it more efficient and dynamic,” said the Turkish top diplomat.

Mevlüt Çavuşoğlu called for launching more flights between the cities of Turkey and Iran. “We are ready to increase flights with Iran especially there should be direct flights from Iran to Antalya and Alanya,” he said.

He strongly believed that people to people contact between the two countries will also be helpful to further enhance bilateral cooperation.