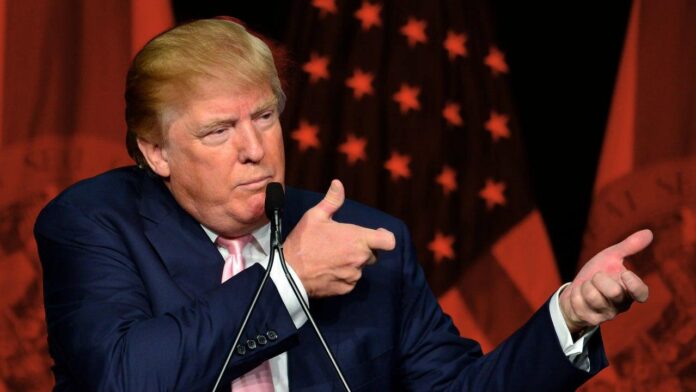 A former Iranian diplomat believes if US President Donald Trump remains in the White House, his hawkish associates will try their best to wage a war between the United States and Iran.

The Democrats or the Republicans: Whose presence in the White House would be beneficial for Iran-US relations?

This question has been raised in Iran every four years since the victory of the 1979 Islamic Revolution of Iran, and, of course, this time around, the nature of that question has become different.

Joe Biden or Donald Trump: Whose victory would exacerbate animosity between Tehran and Washington or ease tensions between the two sides?

Former Iranian nuclear negotiator and a Princeton University research scholar, Hossein Mousavian has been present in Iran’s political arena in the past decades. He is a former diplomat privy to the details of Iran’s nuclear dossier and how the West sought to turn it into a crisis. He also used to be Iran’s ambassador to Germany at a time when Iran was going through its most sensitive days.

In an interview with Iranian daily newspaper Etemad, he has weighed in on US politics and how events will unfold if any of the US presidential candidates is elected to the White House. The highlights of his comments follow.

“First, many in Washington believe that conservatives, reformists and moderates in Iran are different from one another. I believe the Democrats and Republicans in the United States as well as the two [main] political factions in Iran have common ground on the national interests of their countries; they are just noticeably different when it comes to strategies and tactics to secure the interests of their countries,” said Mousavian.

“Second, during the first tenure of [President] Barack Obama, international sanctions were imposed on Iran by consensus for the first time. Iran refused to implement a resolution of the International Atomic Energy Agency (IAEA) on the suspension of uranium enrichment, which resulted in Iran’s nuclear case being sent to the UN Security Council, which issued a resolution against Iran,” Mousavian added.

“At that time, resolutions were adopted against Iran at the UN Security Council not by the United States alone, but by Russia, China and Europe as well,” he said.

“Moreover, Barack Obama was not as strict as Donald Trump when it came to the enforcement of sanctions abroad,” he said.

“The toughest sanctions in Iran-US relations were imposed during the Trump era,” he said.

Mousavian underlined the designation of Iran’s Islamic Revolution Guards Corps (IRGC) as a terror group and putting sanctions on Leader of the Islamic Revolution Ayatollah Seyyed Ali Khamenei was among the unprecedented vicious moves by Trump in relations between the two countries.

“Third, people who come to power in the two political factions of Iran and the US are important and influential. Among US Republicans are individuals such as John Bolton, who seeks to launch a military attack against Iran to make the country collapse. There are also people like Senator Rand Paul, who supports the JCPOA and engagement with Iran. It is important what type of personality and with what team will assume presidency in the US,” he said.

“If course, the same thing applies to Iran, but it is not as important as the US because president is the No.-1 official in the United States, but in Iran the head of state is the Leader,” he added.

“During the first tenure of President Obama, Secretary of State Hilary Clinton and the special Middle East coordinator Dennis Ross were on the UN Security Council and they were very close to Zionists. In Tehran, too, then President Mahmoud Ahmadinejad was very radical during his first tenure. Under those circumstances, chances of reaching an agreement diminished. However, during the second term of Obama’s presidency, John Kerry was the secretary of state, and Robert Malley served at the US National Security Council. They both had a more moderate position on Iran and the issue of Palestine. In Iran, Hassan Rouhani was the president, and Mohammad Javad Zarif was the foreign minister. So, ground was more prepared for reaching a deal.

“The cult of personality that Trump has, coupled with his unpredictability on the one hand, and the power that his son-in-law Jared Kushner has at the White House with regard to adopting Washington’s Middle East policies and anti-Iran positions on the other, are among the major dangers of Trump’s continued presidency. If this situation continues [and Trump remains president], it could lead to a military confrontation,” he said.

“Today, both political factions in Iran and the international community accept that the US has got engaged in a full-scale political, economic and security war with Iran. The US military attack on the car carrying general Soleimani, Iran’s [retaliatory] military attack on the US base [in Iraq] and Iran’s downing of a US drone are among the practical signs of temporary clashes between the two countries, which have been unprecedented in the forty years of their relations,” he said.

“Trump favours a deal, not war; however, the lobby comprising US neoconservatives, Zionists and Takfiri Arabs will keep pressuring Trump to drag him into the trap of war,” he noted.

“Their minimum achievement would be they will both ratchet up maximum pressure and at the same time block the conclusion of a possible deal with Iran,” he noted.

“This comes as Biden really returns to the JCPOA without any preconditions, it will be a big deal!” he said.

Mousavian concluded by saying that even if Biden becomes president, one should bear in mind that Israel’s interests have been the central plank of the United States’ Middle East policy over the past few decades, “and this policy will remain in place for now, whether Democrats are at the helm or Republicans.”

He added another point which will not change whether Trump or Biden becomes president is that “the US seeks to change the ruling system in Iran while Iran seeks to expel the US from the region.”