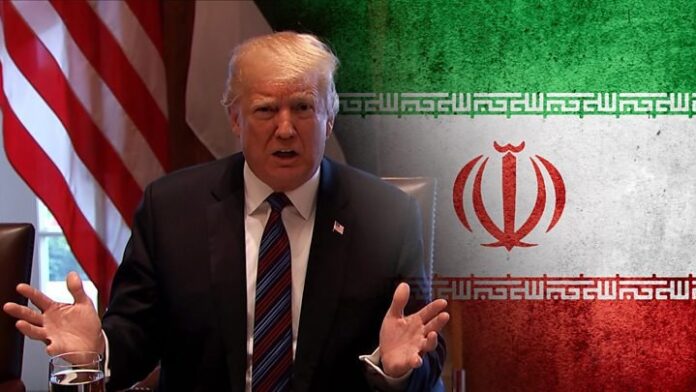 Chief of Staff of the Iranian president says US President Donald Trump’s hostile measures against the Islamic Republic and the “maximum pressure” he is exerting on Iran will just increase the national unity of Iranian people.

“It is highly important to adopt a unanimous domestic stance towards the US move to tighten sanctions on our country. Meanwhile, we need to explore all options available to cope with the new pressure,” Vaezi told reporters on Wednesday.

“In the new fiscal year’s budget, we have adopted mechanisms to cope with these scenarios. So, we should be able to overcome the restrictions,” he said.

The Iranian official said it goes without saying that the US move will inflict some blows on Iran’s economy; however, the American officials are mainly seeking to wage a psychological war against the Islamic Republic.

“Fortunately, thanks to the Islamic Republic of Iran Broadcasting (IRIB)’s efforts to raise public awareness, the US move has not yet managed to deeply affect our economy and market. Meanwhile, all the three branches of Iran’s government as well as other related bodies should brace themselves for the US pressure,” he said.

According to Vaezi, the recent hostile measures by the Trump administration were the US’ last efforts to exert pressure on the Islamic Republic.

The US officials think that by blacklisting Iran’s Islamic Revolution Guards Corps (IRGC), they can inflict a blow on Iran but “as we saw, the move led to further domestic unity in our country.”

Vaezi said the US sought to make division in Iran during the recent floods, but unlike what the American officials had in mind, their measures failed to yield any result for them.

Saudi, UAE Wise Enough Not to Work with Trump against Iran
He then referred to the US oil sanctions and said Iran will decidedly keep its oil exports despite the US sanctions.

“Certain states like Saudi Arabia and the United Arab Emirates which have expressed their preparedness to make up for shortages due to cutting of Iran’s oil exports, are showing their animosity towards us. But at the end of the day, these states are wise enough not to sever further their ties with Iran for a man like Trump who is not clear yet will remain in power after the next two years.”

Vaezi urged Saudi Arabia and the UAE to make a revision in their policy towards Iran and said today a peaceful region is in the interest of all world.

“We are not after any confrontation in the region. So, we call on the two countries to make a revision in their policies,” he said.

Vaezi further noted that the export of oil at the time of sanctions usually paves the way for corruption.

Elaborating on the government’s plan to prevent such corruption, he said a special committee has been set up at the Oil Ministry to closely follow up all the developments in this area. “Meanwhile, we are going to build on our earlier experiences to have a clean oil export,” he added.

Gov’t Welcomes New IRGC Chief
He also pointed to the recent appointment of Major General Hossein Salami as the new chief-commander of the Islamic Revolution Guards Corps (IRGC), and said both the president and the cabinet ministers have warmly welcomed the appointment.

“We knew General Salami from the past … and it seems the IRGC-government cooperation will definitely expand in the future,” he added.