“Iran – fresh from real elections – attacked by President of the US in that bastion of democracy and moderation. Foreign Policy or simply milking King of Saudi Arabia of $480 billion?” Zarif said in a post in his Twitter account on Sunday.

Zarif’s remarks were made in reaction to Trump’s anti-Iran rhetoric during his recent visit to Saudi Arabia. The US president called on all nations to work towards isolating Iran, and further accused Tehran of stoking the fires of sectarian conflict and terror. 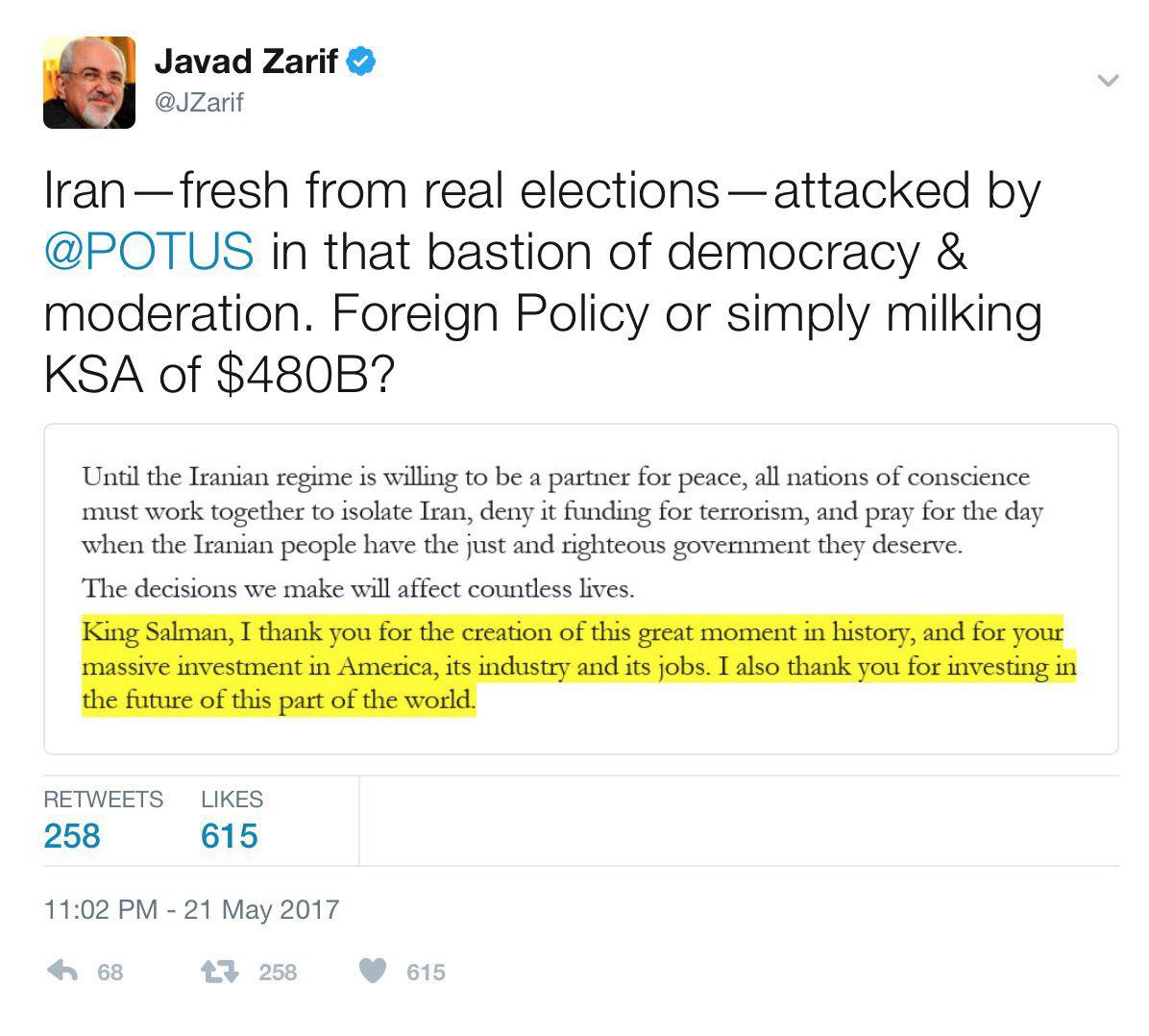 The Iranian foreign minister was referring to a recent arms deal between the US and Saudi Arabia worth almost $110 billion immediately, and set to reach to $350 billion over 10 years, plus a series of other deals. Saudi Arabia is US arms dealers’ most important client and Washington’s number one ally in the Middle East.

Earlier, Zarif, in an editorial for the website of the London-based al-Araby al-Jadeed news network, advised Trump to discuss how to avoid another September 11 terrorist attack with the Saudi hosts in his first official visit abroad.

“(Trump) must enter into dialogue with them about ways to prevent terrorists and Takfiris from continuing to fuel the fire in the region and repeating the likes of the September 11 incident by their sponsors in Western countries,” Zarif wrote.