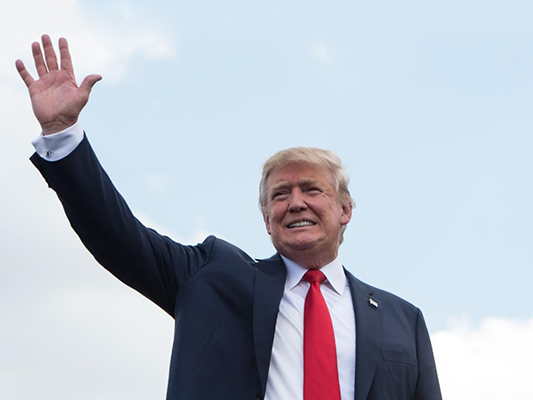 A political commentator says Trump has made even the opponents of the Islamic Republic acknowledge that Iran has been right about the US hostility over the past four decades.

Political analyst Abdollah Ganji has, in an article published in the Persian-language Javan daily, weighed in on US President Donald Trump’s approach to Iran, particularly the anti-Tehran allegations he raised in his recent address to the UN General Assembly. The following is the full text of the analytical piece.

“The media atmosphere in the world is strangely turning in Iran’s favour because Trump is so loathsome … Parts of Trump’s speech at the UN are incredibly similar to Hitler’s views. In my estimation, such vanity and one-sidedness is unprecedented in the US history.” (Masoud Behnoud)

“Trump’s numerous mirages in his foreign policy on North Korea and Iran will amount to complete failure, and he has little chance of success on Venezuela as well … Trump hypocritically weathered the issue of the cholera outbreak in Yemen and the destruction of its infrastructure with US support while [falsely] attributing it to Iran not to mention the saga of the 490,000 Rohingya Muslims.” (Namvar Haqiqi)

“The US president’s fiery and rhetoric-like speech at the UN was an open show of reality and revealed the essence of the United States.” (Mohajerani)

The above comments were made by those who have drawn a line between themselves and the Islamic Republic of Iran’s establishment and are operating within Trump’s civilizational domain and while being realistic, are waiting for the downfall of the Islamic Republic. Incontrovertibly, they have pinned their hopes on the West and its cultural, political, economic and even military capabilities as a way of making their dreams come true.

Nevertheless, the US statesmen have flown off the handle in the face of Iran’s logic, so much so that even the opponents of Iran’s establishment feel ashamed and break their silence and unconsciously admit the truthfulness of the Islamic Republic of Iran’s system and the frivolity of Washington in the current dispute.

Trump’s speech at the UN was as effective as a thousand hours of efforts that Iran would have made to depict a real picture of the US. Let’s not forget that the difference between Trump and his predecessors is that they agreed, but did not act, and at the same time never said they would not act. However, Trump is saying it openly and would not allow us to be deceived by the hand in velvet glove that Obama had extended to us.

Trump is showing his hands without a glove, making us see the reality. Today, revolutionary elements should not regret why Iran held talks [over the country’s nuclear program] for two years, and they should not reprove the government for the futility of the negotiations because the outcome of the talks for those loyal to Iran’s Revolution was that the United States’ true colours came to light. Today, President Rouhani is with us. He says straightforwardly: “When the other party to the deal does not live up to its commitments, there is no use holding talks over other issues.” This comment means Rouhani has withdrawn from alleged JCPOAs 2 and 3, and has come to the conclusion that negotiations will not be fruitful in any area. He has come to believe that there is no way but to move on the revolutionarism track and continue revolutionary acts in the country. Iran’s Foreign Minister Mohammad Javad Zarif writes in the book “Mr. Ambassador” that he has never used and will never use the word “enemy.” However, the remarks he made in the past few days indicated that he was facing a real enemy. Trump has a mission “to boost our capacity to know the United States” and this is not a trivial achievement. Trump is depicting the same picture of the US that Iran has had in mind over the past 38 years and which has been opposed by intellectuals. Today, our intellectuals are ashamed, too, but they still don’t feel brave enough to admit to the truthfulness of the Islamic Republic of Iran’s system. I do believe that Trump is serving like a soldier for us, sheds light on realities, opens a factory of iron fists and proves “democracy like the rule of the ignorant.” Why shouldn’t we be happy when our enemies are seeking to prove the truthfulness of Iran’s establishment, and why shouldn’t we be happy when Trump is promoting our truthfulness and at the same time bringing shame upon the dissidents of Iran’s establishment? We may be able to employ foolish enemies tactically.