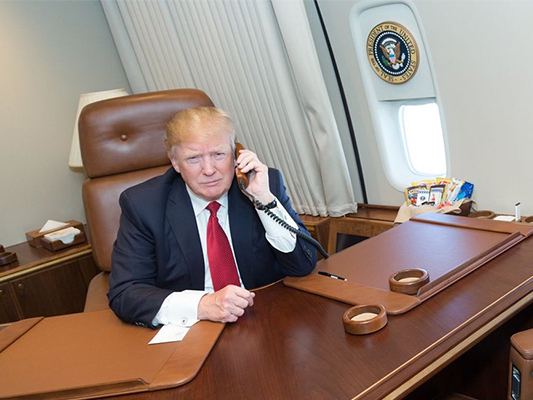 US President Donald Trump called his Turkish counterpart Recep Tayyip Erdogan to congratulate him on winning a much-disputed referendum that will cement his autocratic rule over the country.

Trump on Monday called to congratulate Erdogan hours after the Turkish president claimed a narrow victory in a contested referendum that will grant him sweeping new powers, according to the White House, The Guardian reported.

Trump’s congratulatory message strikes a starkly different tone than the statement issued by the US state department on Monday, which urged Erdogan to respect his citizens’ fundamental rights and noted the report’s findings of “irregularities on voting day and an uneven playing field during the difficult campaign period”.

In its statement, the State Department said, “We look to the government of Turkey to protect the fundamental rights and freedoms of all its citizens — regardless of their vote on April 16 — as guaranteed by the Turkish Constitution and in accordance with Turkey’s international commitments, such as under the Helsinki Charter.” That document compels its signatory nations, including Turkey, to uphold human rights, according to The New York Times.