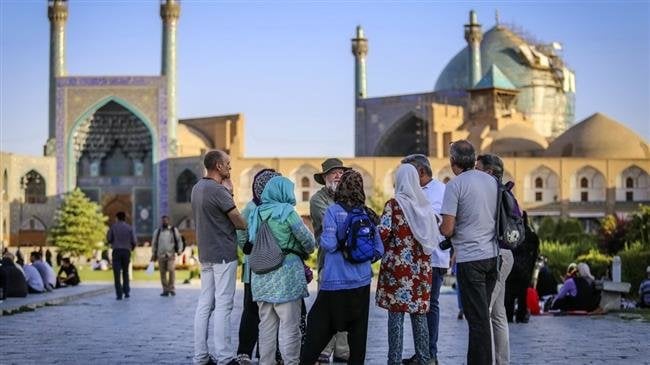 A new report on global security has portrayed Iran as safe as much of western Europe for travelers in what could be an evidence that the country’s tourism industry has a good potential to provide a serious source of revenues in face of draconian US sanctions.

Very few countries manage to make it into the “insignificant” bracket; in Europe, only Luxembourg, Denmark, Slovenia, Switzerland, Norway, Finland, Iceland and Greenland are put in this category, The Independentadded in its report. Canada, the US, Australia and New Zealand are all low risk too.

Although some 47 percent think risks have increased over the past year, this represents a 16 percent decrease from 2017, when 63 percent said risk had increased.

US officials have already said the sanctions would be meant to bring down Iran’s oil exports – the country’s main source of revenue – to zero among other restrictions. However, Iranian officials have repeatedly rejected the feasibility of this, stressing that international consumers cannot afford to lose Iranian supplies.