Tragedy Tainted with Politics in Iran 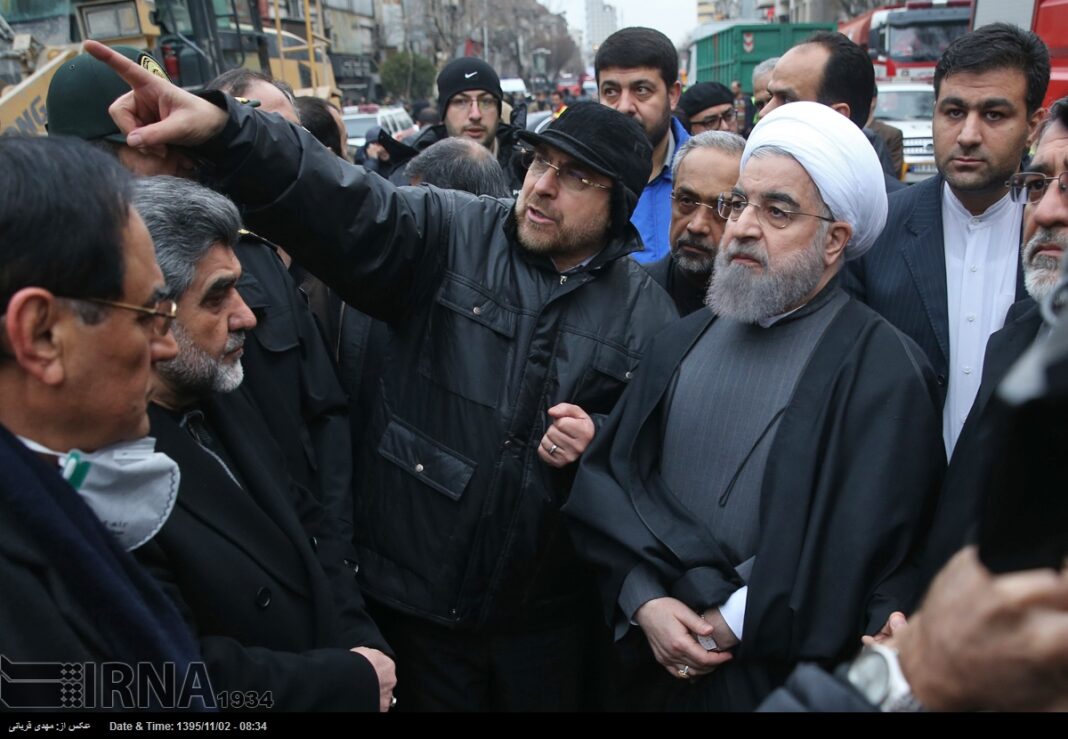 Opportunists are putting a political spin on the recent collapse of Plasco high-rise building in Tehran for personal gain.

In a recent article, Asr-e Iran news website has criticized the way tragic incidents in Iran are being used as a means of achieving one’s political goals.

Here is the full text of the Farsi article written by Mostafa Danandeh:

Iran is going through bitter days. Fire broke out and a building caved in, getting the whole nation clad in black. The gloom was prompted by tears, sadness and sorrow, but it got darker by certain ugly acts.

At a time when everyone was concerned about the firefighters trapped under the rubble, a few were busy creating hashtags. And some sought to put their own political spin on the tragedy.

Around the world they usually make efforts to join hands in the wake of such incidents to solve the problems and alleviate the suffering of the people. In Iran, however, things are different. Political currents usually seek to cash in on such incidents to deal a blow to rivals.

These days, folks have a question in mind: Are certain people really concerned about their fellow countrymen? How could it be that citizens are losing their lives while certain other individuals seek to make political gains? What are we people coming to? We have no reservation about making political capital from a collapsed building crammed with people.

It was not the first time, either. We witnessed similar behaviour from politics-ridden individuals in the recent train crash in Semnan [November 25, 2016] as well as in the Mina tragedy [September 24, 2015]. Such behaviour is reminiscent of that of those who storm quake-stricken cities and loot homes.

Such individuals are like those who take photos or selfies at the scene of an accident rather than helping the victims.

It is a sad fact that some political parties in Iran are biding their time to seize every opportunity to deal a blow to their rivals.  While the people are worried about their relatives or fellow countrymen, some individuals are waiting to see how they can use the incident against President Hassan Rouhani or Tehran Mayor Mohammad Baqer Qalibaf.

Unfortunately, it has been years that all aspects of people’s lives have been associated with politics. In Iran, cinema, sports, culture, education, agriculture, issues related to the youth, marriage, etc. have all been politicized. The most pressing issue facing Iran today is that people’s lives have been politicized throughout. As long as we are unable to rid the Iranian society of politicization, major problems will linger on.

Conservatives and reformists alike are all seeking power these days. Unfortunately in Iran, it has been years that gaining power has been the one and only objective pursued by some.

Niccolò Machiavelli, whose viewpoints about politics are known as Machiavellianism, mentions in his book that any political act is aimed at achieving power. So, he believes politics is bound by no moral principles. Hence, he argues it would be fine to use whatever means in politics to achieve one’s ends. He draws a distinct line between politics and ethics.

Today in Iran, those who are into politics and claim to be Muslims as well have turned into top students in the Machiavellian school and use whatever means available to achieve their ends.