Tourism chief: We should not be afraid of foreign tourists 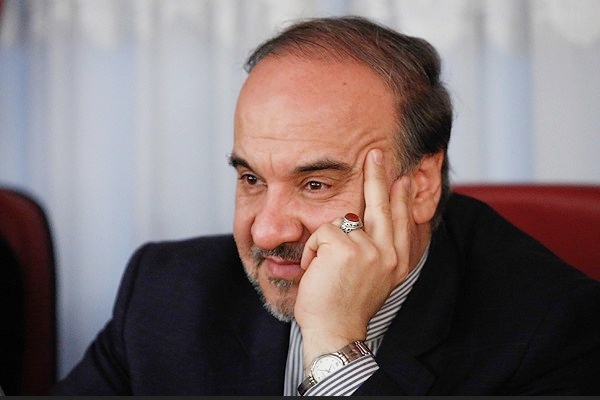 Iran’s tourism chief has said that tourism in Iran has grown three times the world average, adding that the country needs even more growth if it seeks to achieve its 2025 objectives.

The director of the Cultural Heritage, Handicrafts and Tourism Organization has said that Iran should turn into a hub of halal, religious, cultural and historical tourism in the world.

Masoud Soltanifar made the remark in an interview with Iran newspaper’s Zahra Keshvari and added that we should not be afraid of the arrival of foreign tourists in the country. Known as the calm man of the Cabinet, Soltanifar, also a vice-president, looks calmer than expected. To prove that, it is enough to say that since taking charge of the tourism organization, Soltanifar and his plans have not been under the media spotlight. The following is the translation of part of the interview – which mainly focused on post-sanctions tourism – Iran published on November 14:

[…] The political developments over the past two years have pulled the tourism sector – unlike other sectors in the country – out of recession. I think the implementation of the Joint Comprehensive Plan of Action (JCPOA) will bring the foreign private sector on board as well. […]

The trend of foreign tourist arrival in Iran has changed remarkably over the past two years. Tourism posted a 4.6 percent growth in the world and five percent in Asia in the past two years, but the share of Iran was 12 percent, which is [almost] three times the global growth rate.

To achieve the objectives envisioned in the 20-year Outlook Plan for 2025, Iran needs to register an annual 12-14 percent growth over the next ten years.

Iran’s tourism infrastructure, including hotels and roads, is not appropriate. […] Despite the shortcomings, the country has had good experiences. Tourism in Iran has grown three times that of the world. We have taken measures in the last two years to expedite the development of tourism. We need to remove the problems standing in the way. […]

Iranian airlines are operating with about 250 planes at their disposal, one-third of which are grounded on different grounds. […] Other airlines in regional countries have found a good market [in Iran] because we have to use their planes thanks to the existing limitations. […]

The stage is now set and the Ministry of Roads and Urban Development and private-owned airlines have entered into talks with the world’s top plane making companies.

[…] The eleventh government has expanded its visa services. Iran issues visa on arrival for the nationals of 190 countries at seven airports across the country and has extended the previous 15-day visas to 30 days. A workgroup – comprising representatives from the Foreign Ministry, the Cultural Heritage Organization, and the ministries of Intelligence, the Interior, and Industries, Mines and Trade – is studying a plan to remove visa requirements, on a mutual basis, with a number of countries in line with diplomatic considerations.

The government has also given the go-ahead to e-visa, and the Foreign Ministry is expected to prepare the ground for issuing electronic visas in a year.

Reasons for traveling to Iran

Iran’s nature also attracts tourists. Arabs who live in desert countries prefer Iran’s northern provinces, and cultural tourists from Europe, America, South and East Asia prefer to see Iran’s cultural attractions in historical cities. Europeans are very interested in Iran’s deserts. We are developing accommodation and eco-tourist centers, including makeshift structures in the desert, which are to be launched from between six months to one year from now.

Iran has chosen 40 countries, including 15 neighbors, as its target market. […] Tourists from Iraq, a Shiite-dominated region in Saudi Arabia, Kuwait, Bahrain and Oman travel to Iran each year for pilgrimage and treatment purposes. Iran has launched direct flights between Kish and Muscat and is to establish direct flights from Muscat to other Iranian cities. […]

Unlike the Saudis, Muslims in other countries such as Syria, Tunisia, Algeria, Libya, Yemen, Bahrain, Oman, Egypt and Kuwait are very much interested in having interaction with Iran.

Our main approach is to turn Iran into the biggest hub of halal, cultural and historical tourism. […] We need to set a target of 30-32 million [tourists] so that we can achieve 20 million. The stage has been set for Iran to turn into the hub of halal tourism.

Malaysia where Muslims make up 58 percent of the population has just embarked on the halal tourism. Although it has achieved great successes in tourism, Malaysia has just started to promote halal tourism. China and India too have carried out plans on halal tourism trying to absorb Muslim tourists.

Tourism has become a specialty area today and the number of general tourists is dropping in the world by the day. Cultural and historic tourists first study tourist attractions and then pick Iran as their destination. They used to pick Iraq, Egypt and Syria, but they now prefer to come to Iran due to war and insecurity in those countries. […]

We should not be concerned that any foreign tourist carries a message from a special culture which is in contrast with our own culture. Iran’s approach is to develop halal, religious and cultural tourism. Tourists who are seeking other things in their trips will never head for Iran in the first place. We want to turn Iran into the hub of halal, religious, cultural and historical tourism in the world.

[…] We are trying to build the hotels the tourism sector needs as quickly as possible. We try to tap into the finances of the National Development Fund and other banking resources to complete hotel projects which have posted 40-50 percent physical progress. I hope we can add more four- or five-star hotels to the country’s hospitality industry during the Rouhani administration.

The development and renovation of air fleet will get underway in coming months after the implementation of the Joint Comprehensive Plan of Action (JCPOA). Currently more than 900 projects worth $ 10b which are being conducted by the private sector have registered 45 percent physical progress on average.

An investment package for the tourism sector which has been pieced together for the post-sanctions era has 1,500 projects ($ 30b). It will be awarded to domestic and foreign investors. Iran’s tourism sector is booming now. I think tourism is the driving force behind efforts to pull Iran’s economy out of recession.

Geographically, Iran lies at the crossroads of three continents. It can turn into a regional hub. We need to carry out airport development projects. […] We need to gradually raise the capacity of the airports and transfer more passengers if we seek to turn the country into a regional center.

Because of sanctions and lack of investment in Iran’s airports, they do not offer the kind of services regional airports render to passengers. We need to have transit hotels for transit passengers.