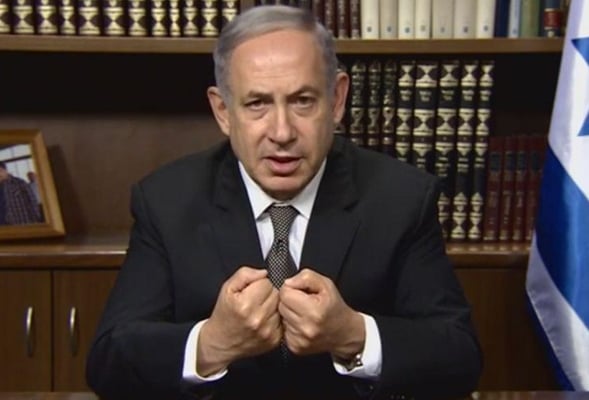 Israeli Prime Minister Benjamin Netanyahu last week urged the world to “help” the children and teenagers of Iran who, he said, are being oppressed by the Iranian government, but the world still remembers the bitter stories of numerous Palestinian kids oppressed by the Israeli regime during the past decades.

In a recent video posted on his Twitter account, Netanyahu said the children and teenagers of Iran have been going through “a regime that oppresses them and denies them a life of dignity, prosperity and respect.”

In the video, Netanyahu gives an example of an imaginary 15-year-old Iranian girl named Fatemah who is trying to live a normal life but is unable to do so due to the ongoing distress in the country.

Fatemeh, Netanyahu says, is faced with water and electricity shortage, cannot remove her head-covering outside her home, and her school is shut down due to air pollution, Jerusalem Post reported.

The video was the last in a series of such clips in which Netanyahu struggles to encourage the Iranian people to stand up to the Iranian government.

This is while the world still remembers a notable example of the Israeli violation of child rights, the case of Ahed Tamimi, a 17-year-old girl who was arrested and put on trial in an Israeli military court for slapping an Israeli soldier.

Late last month, Tamimi was set free after serving an eight-month prison sentence, which the UN human rights experts have described as a violation of the international Convention on the Rights of the Child.

The report says Netanyahu sheds crocodile tears for Iranian children and teenagers while his government has a dark record in violating the Palestinian children’s rights.

During the 70-year history of the Israeli regime, Palestinian children have lived in the harshest conditions, the article wrote.

The prosecution of Palestinian children in Israeli military courts for acts like throwing stones is systematic, and violates the Convention on the Rights of the Child, the article said.

According to a report released by the Palestine Solidarity Campaign (PSC), “Israel is the only state in the world that systematically prosecutes children in military courts – between 500 and 700 each year. The Israel Prison Service revealed that an average of 204 Palestinian children have been held in custody every month since 2012.”

According to a report by the Israeli rights group B’tselem, the Israeli regime currently has near 300 Palestinian minors in its prisons.

Of note, 60% of Palestinian children arrested by Israel were verbally, physically or psychologically tortured, according to the Palestinian Prisoners’ Club (PPC).

As recently as Wednesday, a group of senior UN officials voiced concerns over the violation of children’s rights in Gaza.

“Senior UN humanitarian officials in the Occupied Palestinian Territory have expressed their deep concern for the continued violation of children’s rights in and around the Gaza strip,” said Farhan Haq, deputy spokesman for UN Secretary-General at a news briefing.